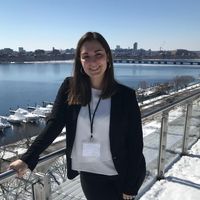 Would you ever pay to own your favourite meme? What about a tweet or video you really like, maybe even a limited edition of an album or artwork from your favourite artists? Although this might sound quite dystopic, it is something that can be done, and the tool to do so is something called non-fungible tokens, also known as NFTs. This term may already sound familiar, as it has been a popular topic in the news in the past weeks. Well-known people such as Twitter CEO Jack Dorsey or Tesla CEO Elon Musk have gained interest in the NFT world.

These non-fungible tokens can be defined as digital crypto assets that can be owned by anyone. NFTs have special features or qualities that add value to these assets, making them unique and one-of-a-kind. This unique property makes NFTs non-interchangeable and irreplaceable because they hold unique value - usually linked to the value of the underlying physical asset that they represent. In addition, NFTs cannot be duplicated or divided either, so they can be considered digitally scarce. NFTs can be used as digital collectibles for consumer items including art, music, and games; two examples of these NFTs are the Nyan Cat meme that was auctioned in late February as an NFT, or a house-themed NFT that actually comes with the physical house if you buy it. NFTs are not limited to consumer applications, however, and have equally been leveraged for applications in the enterprise space such as  providing a digital form of collateral for loans, bundles of stocks (recently, Binance launched tokenised Tesla shares), or real estate, among other numerous applications.

What is interesting about these non-fungible tokens is that, as mentioned, anyone can create or own one. One can easily go to any NFT-holding platform on the internet and issue a picture taken on a phone as an NFT, as long as they have a wallet set up with some cryptocurrency to pay the fees that involve creating such asset. In the same way, one can browse around NFT marketplaces and decide to buy an NFT, which will transfer the ownership from the former wallet to the wallet of the buyer, making the current buyer the current owner of the NFT. The creator and owner of an NFT can be publicly verified by anyone thanks to the blockchain and smart contracts technologies that power them.

Even if these NFTs sound very promising, some may argue that, like Bitcoin, NFTs are just another symptom of a crypto bubble that is about to burst, or rather just a transient trend that will not be around for long. In fact, according to NonFungible, the prices of NFTs have decreased from $4000 in February to around $1500 to date. The NFT hype has clearly diminished in the past weeks, but this could mean that the NFT market might be stabilizing. Nevertheless, apart from the concerns around NFT hype, there are some problems with NFTs and the blockchain world nowadays that might block mass adoption of this tool, especially the energy consumption matters linked to them. With an average of 1.448 million transactions per day, the Ethereum blockchain - that powers most NFTs platforms - is one of the most power consuming blockchains nowadays. In addition, according to Wired, an NFT sale on Ethereum can result in the consumption of 8.7MWh (megawatts per hour), roughly twice than what a household in the UK might consume in a year. However, not everything is bad news, as in the past few months several other blockchain platforms for NFTs have emerged and have become fair competition for the Ethereum blockchain, but with the additional advantage that their power consumption is considerably lower. These blockchain platforms include Flow, Polkadot or Algorand, among other examples. Less-power consuming blockchains will enable a more sustainable future for NFTs.

It is quite undeniable that NFTs have revolutionized the blockchain world in a matter of weeks. While the non-fungible token hype decreases in the mainstream scene, some real-world applications and opportunities that leverage NFTs have started to appear and become more popular in the enterprise and finance space, turning them from digital artwork ownership certificates to useful and applicable tools.

Democratisation and decentralisation of (personal) data: how to take control and monetise your data
Paula de Vega
Recent posts from everis UK Insights