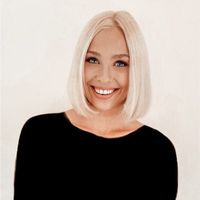 Innovation has had a long-standing role in progression. At one time, it was steam power that would be the spark to ultimately ignite the industrial revolution. Since then, we have seen technological progress move exponentially thanks in large part to the continuous innovation in key sectors. Today, we take for granted technologies that our historical counterparts could only dream of. Though bringing much positivity and efficiency into society, this massive and rapid industrialisation has only exacerbated the need to begin to develop sustainably – carbon footprints and global temperatures have increased year after year as a side-effect of industrialisation and income inequality has only continued to rise.

These wide-ranging environmental, social, and governance issues have been recognized on a global scale, with the United Nations' concern growing and ultimately leading to the introduction of the UN Sustainable Development Goals. This agenda aims to create a universal call to action to end poverty, protect the planet, and ensure that all people enjoy peace and prosperity by 2030. Today, many organisations, including everis, work diligently on achieving specific SDGs particularly in terms of quality education (4), gender equality (5), climate action (13), and partnerships for the goals (17).

Alas, reaching those goals depends on the coordinated effort of public and private stakeholders all over the world. It is estimated that reaching the goals will cost $5.7 trillion and though many organisations around the globe have taken the pledge to work towards the UN SDGs, there is a lack of transparency and reporting on the progress of the goals, as well as a lack of tracking for both coordinated and individual efforts. Problematically, there currently is no standard to tell where we are globally in achieving the goals. Without this due diligence, it is virtually impossible to understand how much progress is being made towards the global goals. I propose the use of distributed ledger technologies and blockchain to track and coordinate progress towards reaching the UN SDGs from wide-ranging contributors. This technology is highly applicable due to the ability to support a trusted ecosystem for complex multi-stakeholder value chains, deliver silos of standardised data, and create a peer-to-peer transparent marketplace.

Creating trust among parties contributing to the UN SDGs is of particular importance; competitors, partners, regulators, and governments must create a coordinated effort to reach the goals which simply can't be done if parties are undermining one another. As such, by leveraging cryptography as an underlying technique and consensus algorithms, blockchain allows for complex wide-ranging human cooperation crossing borders to be organised and governed with no central authority. Essentially, there is no room for competitive behaviour when the governance of a network is not owned by a single participant and consensus mechanisms ensure that all contribution is done in a universally agreed-upon standardised fashion. The trust ecosystem which is inherent to blockchain, can allow all parties to share data with peace of mind that does not typically exist in free-market activities. Notably, this importance of a trust network is only exacerbated in use cases where long-standing competitors must become collaborators to meet a mutual goal, facilitating an environment of collaboration rather than competition.

Flexible but Standardised Metrics for Tracking of impact & Mitigating Fragmentation

The importance of standardising contributions from network participants is not only relevant in terms of trust but equally for the effective tracking of impact via specific key performance indicators and mitigating fragmentation. By leveraging an append-only, timestamped ledger that is duplicated across network participants, distributed ledger technologies prevent any parties from tampering with the data and ensuring that all information sent to the ledger is the same (complete) format. Though the tampering of impact tracking data is not the biggest concern, a spillover from this technical process is that the entire data analysis and analytics process is more streamlined and auditable. With over 100 blue chip organisations pledging contributions to the SDGs, the capability to support, reference, and summarise thousands of global input metrics effectively is crucial to mapping and measuring SDG impact on targets. At the same time, this standardisation allows for the United Nations and corresponding contributors to more easily leverage immutable data from the ledger for visualisation and to create scoring systems to indicate tangible environment, social, and economic impact of initiatives which will ultimately aid both tracking and the creation of more comprehensive solutions; new parties will be able to leverage data finding what had a tangible impact and what didn’t when creating new solutions. Without the use of DLT to standardise and trace initiatives, it will be extremely difficult to compare, contrast, and ultimately conclude on the viability of initiatives.

Building on the idea of the UN SDGs being accelerated by an environment of cooperation, the peer-to-peer nature of blockchain allows for a trusted single ecosystem to be created that can match partners and synergies to create exponential impact toward the SDGs. Decentralised marketplaces allow for security, safety, and transparency; issues common among traditional online marketplaces. They equally offer a trusted environment for parties to explore potential partnerships, ensuring trust and traceability on both sides; no fraudulent actors, no central authority solidifying further ensuring gains from partnerships, and increased efficiency in a process that tends to be bogged down with administrative and legal burden. This would do away with many of the insecurities and dependencies that both parties have to deal with when using traditional marketplaces. Importantly, the relevance of creating such partnerships is noted from the highest levels of the SDG initiative; the UN establishing it as Goal #17 "Partnerships for the Goals".

Challenges & The Role of Professional Services

DLT-based impact tracking towards the UN SDGs does nonetheless present some key challenges including adoption and network design, as well as the requirement for large-scale partnerships. The biggest challenge will inarguably be convincing hundreds of collaborators across industry, government, and charity to onboard to the proposed network and start tracking their impact via blockchain. Nonetheless, this is a required prerequisite because the true benefits of DLT only present themselves when a network is joined by many players, creating an ecosystem of trusted users rather than siloed onboarding of single players sparingly and randomly deciding to join the network and publish efforts. In other words, every organisation working towards the UN SDGs would have to quantify their efforts and publish that data to the blockchain which would require a coordinated collective effort of private, public, and not-for-profit sectors, as well as governing bodies. This can present challenges in terms of scalability and network design– just how big would the network have to be? Are collaborators actually willing to use a  singular public blockchain where all information is available to the general public? If not, how can the costs of a private blockchain be mitigated?

At the same time, it is equally important that delivery partners such as technology, financial services, and professional services companies actively engage in the initiative to help organisations to more easily and cost-effectively map their SDG framework, acting as an arbitrary party advocating for a trusted environment for collaboration across sectors and geographies. This would require many hours given in-kind to help organisations adapt to this process of tracking impact.

Though DLT-based impact tracking towards the SDG does prevent key challenges, it is clear that these challenges can be overcome with proper prioritisation. Importantly, to reach Global Goals in 2030, it is critical that the impact is being tracked. With 2020-2030 being marked as a Decade of Action by the United Nations, it is now more relevant than ever to consider how to convert effort to tangible impact data. Ultimately, there are a variety of efficiencies that can perpetuate this initiative forward that will be specifically delivered by leveraging a DLT-based trust ecosystem for immutable, standard reporting of impact efforts. 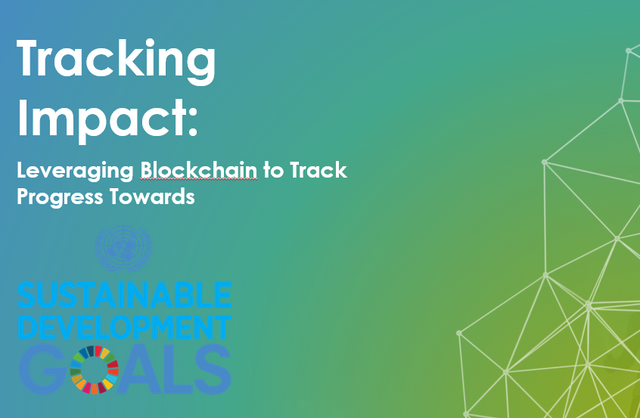