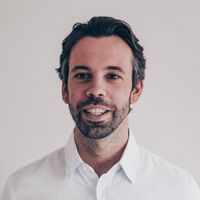 I attended the Next Step 2020 virtual event that took place last September.

The event is an occasion for OutSystems to reveal new features for their product, and in past editions, these new features were always somehow related to the Service Studio – OutSystems professional IDE.

This year was different. The company took the opportunity to present a new set of tools called “Builders”, the first of which is the Experience Builder and Workflow Builder. 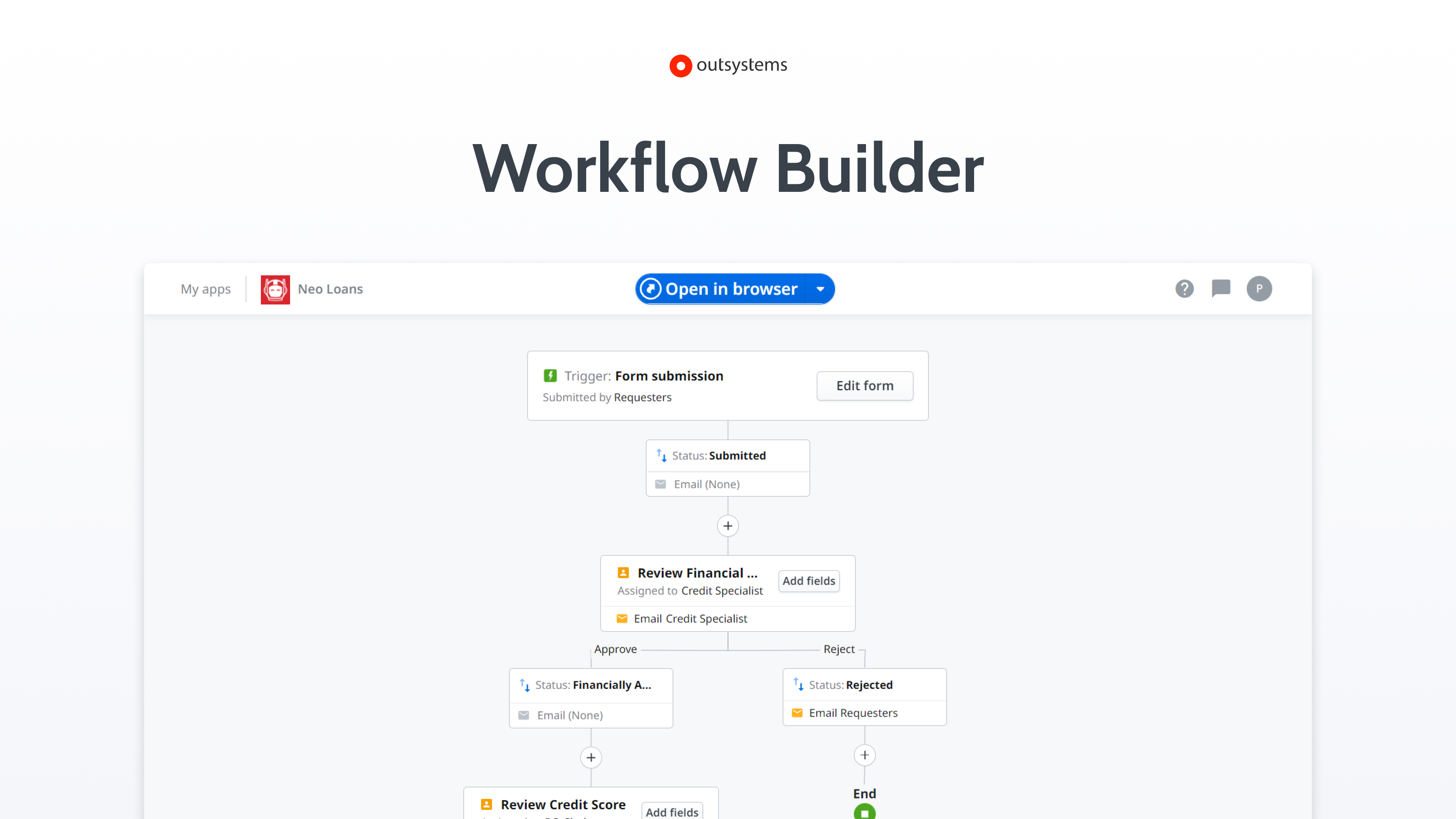 By watching the event’s keynote session it looks like these tools are targeted for the citizen developer.

In addition, last September's Gartner's Magic Quadrant for Enterprise Low-Code Application Platforms (LCAP)'s report they say: “OutSystems tends to be favoured by professional developers, rather than citizen developers, while most LCAPs target a more mixed developer persona”, so using Builders emphasises OutSystems' position as an appealing tool for citizen developers.

This whole thinking about citizen vs professional developers took me back to when I’ve started using OutSystems. Back then, a lot of people referred to the platform as a development solution for citizen developers (CD), and to be honest this was the first time I had heard the term.

After googling it and hearing from others, It was clear to me that a CD was someone who did not have formal education in computer science (both university and non-university), was highly involved in business activities, and had a great knowledge of how to add value to their department/company. If we take a look at some of the formal descriptions of the term, I believe my understanding was close.

For example, Gartner describes citizen developers as “a user who creates new business applications for consumption by others using development and runtime environments sanctioned by corporate IT”.

More specifically, PMI suggests citizen developers “can build applications without software expertise, significantly faster, and at a fraction of the cost”. PMI forgot to include “quality” : )

So, are citizen developers something new?

Anyone who has worked long enough in enterprises can point out examples of ad-hoc software tools that were developed by someone within the department.

These tools were majorly built-in Microsoft Excel worksheets that quickly become part of a crucial business process within the department.

Were these proactive employees the predecessors of modern citizen developers? I mean, they were not using low code tools but they were definitely creating business applications for consumption by others.

But when the author of the tool departed to another department/company, there was no one left to maintain the tool, since this was not an official Software/IT for the company. Then it was up to a volunteer in the department to maintain it. This lack of proper process and maintenance of these tools always led to a point where the tools were very slow, not friendly to use, but too important to be discarded.

These unsupervised tools are probably the ones responsible for the bad reputation Excel has within software developers. Speak to any professional developer about a solution that was built in Excel and he will probably give you that smirk smile.

Most times I’ve encountered these Excel worksheets full of poorly written VBA, I came to notice the cause of a slow Excel worksheet was the lack of proper knowledge of the person who built it rather than the tool itself.

Don’t get me wrong; predecessors of modern citizen developers faced the same pressure that the new ones have, which is, they need to develop their solutions fast and still run their business as usual activities.

The reason I’m talking about Excel and predecessors of citizen developers is because I want to highlight the importance of having a solution that allows citizen developers to build their apps on the radar of Software/IT departments, but as well as building them in the right way.

I came to appreciate the incredible boost that OutSystems gives to professional developers, but I also know that for someone who does not have proper programming foundations it is very easy to build something fast, beautiful, but that does not perform well enough. So, contrary to what I was told when I started with OutSystems I don’t believe the platform is targeted to Citizen Developers, at least if we solely consider its professional IDE, the Service Studio.

It was explained during the NextStep event that OutSystems Builders create applications that follow all architecture's best practices and that these applications can evolve in Service Studio, ideally by someone from the Software/IT department.

That is why I believe Builders have everything to be a great success for OutSystems landscape. It will allow citizen developers to “Build applications Fast, Right, and for the Future”, and this also seems to be the new OutSystems motto.

So, if you are a citizen developer reading this, the next time you need to build a workflow application or a quick mobile application, give the Workflow and Experience builder a try. It will save you time, and make you look good amongst your team ; ) 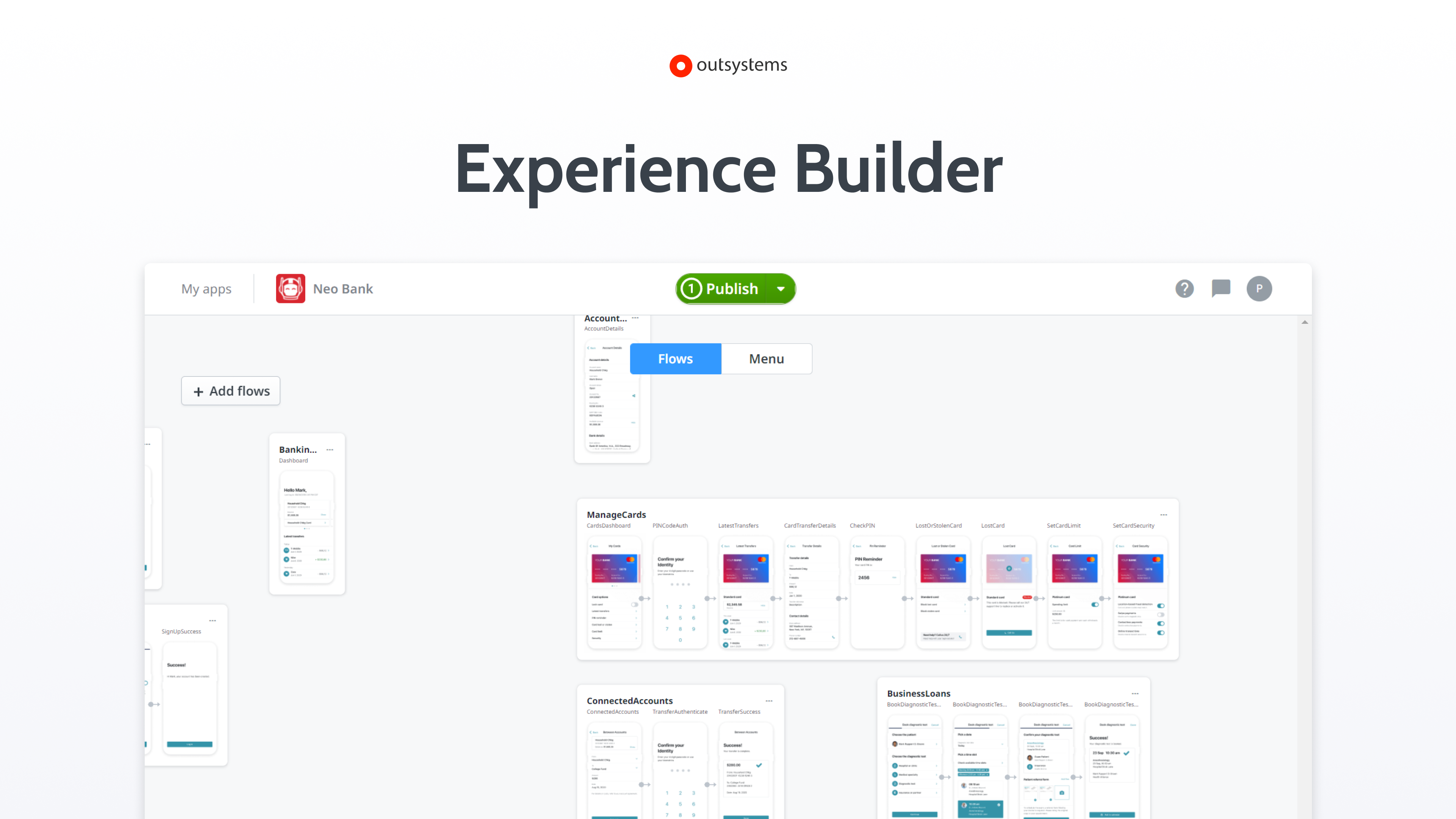 That is why I believe Builders have everything to be a great success for OutSystems landscape. It will allow citizen developers to “Build applications Fast, Right, and for the Future”, and this also seems to be the new OutSystems motto. 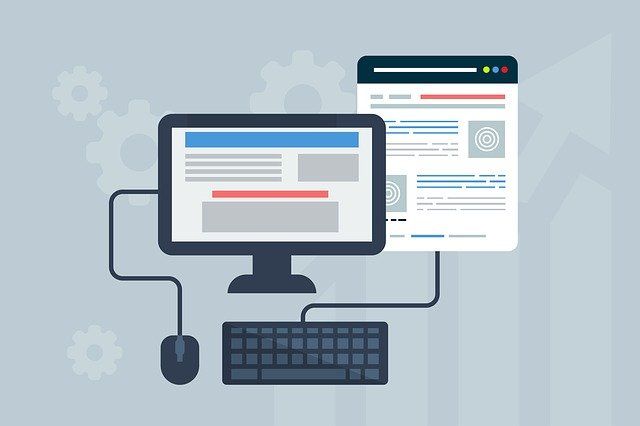