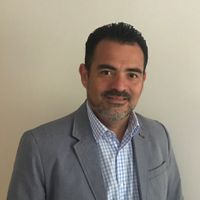 We are probably all already familiar with the concept of RPA, however, it is good to remember that this is the technology that has been used for more than 10 years for the automation of processes in corporate environments, such as Banking, Utilities, Industry, and Insurance among others.

This technology has provided all companies that have adopted it with a large number of benefits such as:

Now, despite all the benefits that this technology has provided, individually it has had certain limitations, which have been overcome thanks to the integration with other technologies, such as Machine Learning, Artificial Intelligence, and Process Mining.

This integration has allowed RPA as a technology to become more powerful, placing it at a new technological level that we currently call HyperAutomation.

But this does not stop here.

In addition to the integration of new technologies, there is also the creation of new applications by RPA providers to facilitate the development of all the activities present in each of the stages of the RPA Journey, from the assessment up to the monitoring of the robots in production.

As many of you already know, the RPA Journey is divided into phases, similar to those of software development, those phases are:

With HyperAutomation, it is possible to use in each phase, applications specifically designed to obtain the expected result.

For example, in the Assessment phase, RPA providers have offered applications to the clients that allow them to obtain information on the candidate processes for automation through the simple execution and recording of those processes. Hence, now customers can know quickly and efficiently, what are the most appropriate processes for automation based on the results obtained from the analysis made by these applications.

Now, as in the assessment phase, there are applications which can be useful and productive in other phases of the RPA Journey:

In summary, HyperAutomation is the result of the integration of different technologies with RPA as well as the use of new applications created by RPA providers and intended to facilitate the development of the phases of the RPA Journey.