Have you already heard of RPA?

If yes, join the club. If not, allow me to introduce it.

Robotic Process Automation has been a hot topic for at least 5 years. Companies that want not only to survive but grow stronger are really keen to adopt a digital transformation strategy. And RPA plays a big part in this strategy.

Essentially, RPA is easy to understand, because it is meant to be a flexible bridge between business and IT teams. In a few words, Robotic Process Automation is the technology that allows configuring computer software or a digital robot to mimic and integrate the actions of a human to execute a business process. RPA robots utilize the user interface to capture data and manipulate applications just like humans do. They interpret, trigger responses, and communicate with other systems in order to perform on a large variety of repetitive tasks with the advantages of never sleeping or making mistakes.

RPA software revenue grew 63.1% in 2018 to $846 million, making it the fastest-growing segment of the global enterprise software market, according to Gartnerand the RPA services market will grow to reach $12 billion by 2023, according to Forrester.

Much has been said and discussed, but with the exponential technological growth and evolution in the digital era, RPA is becoming kind of outdated. Or, to be more precise, RPA is already considered traditional technology. For those who think one step ahead, SPA is the new big thing.

For those of you who are not into RPA, this might sound a little scary. Are we going to end up going to war with our own robot – assistants? The answer to this question might reveal itself sooner than one could have expected. But as you realised, this digital transformation era is something we can’t stop anymore. It has its own evolutionary mechanisms and everything we can do is to fully understand and give it the right direction.

SPA will reshape multiple industries where routine tasks are predominant and can be valuable for almost any process in any industry that involves digital unstructured data. Imagine the free texted email requests, legal contracts, or business news that can be contextually understood and prepared for further processing.

Smart Process Automation is an evolving technology and there is some great work being done by companies like BluePrism, UiPath, WorkFusionear  or Automation Anywhere. Many of the automation algorithms can be developed as technological assets or purchased in the open market and plugged into the existing workflows.

Another interesting analysis is understanding how the future of jobs will look like in the context of Smart Process Automation. Or what competencies should be acquired or developed in order to ensure skill evolution towards a world which is automation inclusive. For this and many other Intelligent Automation topics, stay tuned to our next articles.

RPA software revenue grew 63.1% in 2018 to $846 million, making it the fastest-growing segment of the global enterprise software market, according to Gartner. 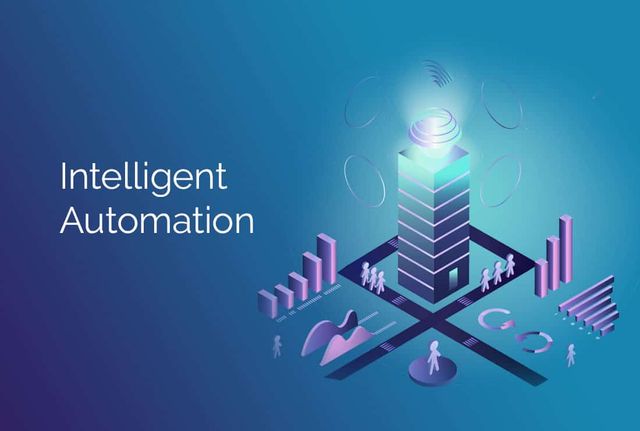