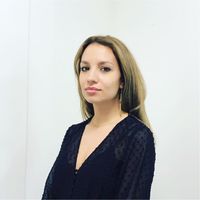 A big project where many things could go wrong. If everything goes to plan, however, Facebook releasing its own cryptocurrency could be a game changer. Today (18th of June 2019), Facebook has announced the launching of a new project: Libra. They will build a closed blockchain, run by a selected number of members to validate transactions, and allow billions of users to make financial transactions across the world at no cost. Whether a new money-maker for Facebook or a way of avoiding inflation in developing countries, Libra will surely disrupt the Financial System. It will allow consumers to send money to each other and purchase goods and services through the Facebook–backed app. The disruptive component, however, is not the service it will enable, but the speed at which transactions will happen: the system will aim to handle 1000 transactions a second upon its launch – way more than bitcoin, that can manage no more than 7 a second.

How will this be possible? The technology world is very sceptical of this speed, as even though Facebook claims it has a working prototype, the number of nodes that will have to process information is too high. It would not be the first time though, that Mark Zucherberg has set himself up with determination and managed to break with all stigmas. Technology might not be the biggest barrier either. Political and regulatory conflicts, such as AML and Terrorism, prevention laws are becoming stricter each day, will surely be a tough wall to climb as regulators will certainly want to track transactions and privacy advocates will surely voice concerns.

The way in which they have set out this ambitious project, is quite smart in order to battle the personal data leak conundrum they face and the doubts around the safety and reliability of the idea, Facebook have set up the team in Geneva as a separate consortium, formed by 28 founding members that will operate the nodes in a decentralised system which issues the coins. These members will include very reputable companies such as VISA or Union Square Ventures. To add a drop of confidence, not only will it be tied to several other assets to avoid volatility, but it has also planned to keep social and financial data strictly separate through a subsidiary called Calibra, that will run the services within the apps.

The future and success of Libra is uncertain, but the “better, cheaper, and open financial services” are certainly attractive and initiatives like these help improve financial inclusion across the globe.