Recently the NY State Attorney General announced a lawsuit against Bitfinex and Tether. While both companies are notable market participants in the crypto-space, economics scholars have an interest in Tether for a simple reason: Tether offered an "iron-clad" parity against the dollar. No derivatives, just reserves.

This proposition was an interesting one, as in the fickle world cryptocurrencies price fluctuation is not for the weak stomached. It gave a sense of establishment to crypto, the emergence of a "stable coin" where one could rely on the ability to cash out immediately as a guarantee that the value would hold, for both consumers and merchants. Tether would hold, through some custodial agreement, an amount of dollars, where it could issue crypto-assets that would equal the fiat controlled.

But the custody business isn't easy either. You need thorough failsafes, regulatory guarantees. For example, when it comes to securities and investment funds you have the figures of the depository for OEICs and trustee for Unit Trusts. These separate entities are entrusted with the securities that the fund trades on. Depositories charge for the privilege, creating another financial pressure on fund asset managers that expects that the returns on these securities (be they bonds or otherwise) will cover operational costs. If your security does not have a significant return because it must be kept as cash and your operational costs keep mounting, is there any sustainability?

Most of us keep our currencies/value/financial security in some form of wallet or current account. In most countries a component of this cash (Reserve ration) will be held in the balance sheet to protect customers from bank runs. The rest will be loaned at different risk-reward tranches to ensure the bank has a profit and can continue running its current account operation. Tether was proposing to hold all the money in cash, redeemable instantly, which begs the question... Who was paying for the operation? Well, based on the lawsuit, now we know.

The truth of the matter is even Fiat currencies value is not set in stone. Prices fluctuate based on central bank rates, trade balances drive relative demand. We all agree on the medium of exchange because through the rule of consensus (some would say force) the government charges its taxes in its chosen currency and central banks can skilfully employ monetary policy if there is a consolidated currency. This gives it some stability, but there is never true stability.

We must not lose faith in the value of crypto-assets and the digitalisation of value; it can bring new financing opportunities and improve the liquidity of our economy. We can see improvements on securitisation and give access to consumers that might see financial systems as too complicated. However, it is unlikely that banks will stop being our centre point for value storage, so the drive for digitalisation should be coming from the FSI. It is a shame that the Tether story is going in this direction and stable coins will be tarnished, but honestly, the business model did not make sense in the first place.

Today’s court order requires that the operators of the companies immediately cease further dissipation of the U.S. dollar assets which back “tether” tokens while the Office’s investigation continues. - NY Attorney General James 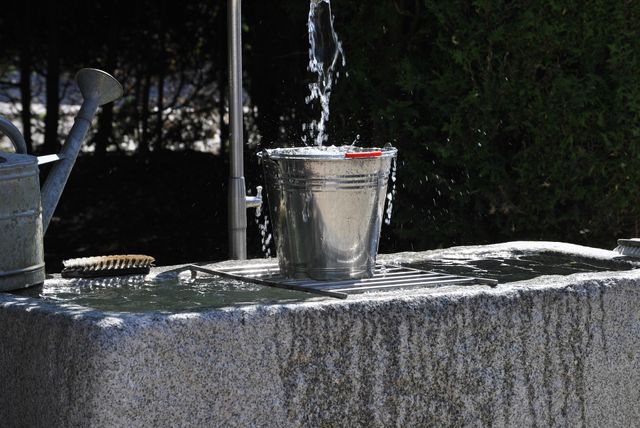 We wrote about the concerns swirling around Bitfinex, which was then the largest Bitcoin exchange, and its in-house currency, Tether, back in '17 and '18. Today the NYAG said Bitfinex and Tether lost $850m and tried to cover it up. https://t.co/Gr0fjNfG2g

2/ Crypto market was broadly down last week after NY AG's press release (https://t.co/pckutBz7bG) that alleges iFinex (the operator of the Bitfinex & Tether) used Tether reserves to cover $850 mil. in losses. USDT down as much as 2%. Our Stablecoin Index also down by 0.8%.

The market is falling possibly on the news that The New York Attorney General’s office has alleged in a statement that @bitfinex concealed a loss of $ 850 million by using Tether's reserves.https://t.co/2WxGY2y36W pic.twitter.com/wZlk1aMC7O

😱 New York AG has determined that “the operators of Bifinex, who also control the ‘tether’ virtual currency, have engaged in a cover-up to hide the apparent loss of $850 million dollars of co-mingled client and corporate funds”. https://t.co/1EkTEKOy2W

Heiko Maas has the right idea, but the wrong execution. SWIFT is old news.
everis UK

No, GDPR-compliant Blockchains are not a myth
everis UK
Recent posts from everis UK Insights