A glimpse of where artificial intelligence and the new robots could take us.

Politicians promise more of the same, unaware of a revolution in technology that will completely transform our lives. They either don’t know or pretend it is not happening and treat future challenges with old answers that no longer work. Populist leaders in the UK and abroad replicate the intolerances of the 1930s and seem to be creating the ‘era of the lie’. The 4th revolution might just provide a way forward to a better future when people respect each other and respect the planet that is our home.

We see politicians using the media to stoke up race hatred while pretending liberal tolerance: Seeming to stand up for Islamic women’s freedom to wear burkas and then ‘innocently and jokingly’ commenting on how they look. This is without question rude, misogynistic and xenophobic. It shows a lack of respect and a sense of entitlement to bully others from a position of cultural privilege and dominance. Sexist comments are rarer these days, people are less likely to be labelled by their disability, same sex marriage is legal and celebrated, potential employers can not ask your age until you are offered a job, we cannot use words that denigrate someone’s colour or perceived ethnicity. We have come a long way and, as a supposedly tolerant and historically welcoming society, the UK, should not accept the Trumpification of our own moral standards and a move away from British  values of fairness and mutual respect.

Darwinian Theory suggests that it is not the strongest who survive, but those who are most well-adapted. In human terms it is the emotionally intelligent who adapt best, and who will effect the changes that will create a fairer future. Will brute strength and absolute power (aligned with intolerance and autocracy) determine the future at a cost to all of us?  Or will emotional intelligence and equitable collaboration prevail? These two questions are at the root of many of our geopolitical challenges today. It could be argued that the world of Trump and May is about control, control of power, control of borders, control of wealth creation, and control of oil/gas (e.g. fracking). It might be seen as an extension of how our ancestors were successful as they conquered nations, created railways, took control of time itself, built empires, dams and the superstructures that define what we see as the modern world. The alternative world, and perhaps the world of the millennial generation, is not about what we own and how much power we have, but about experiences, about doing the right thing, about recognising the diversity of humans and celebrating what a fantastic planet we live in. It’s about our journey of today. It’s about our journey of tomorrow, how we walk through life, and how we can enjoy living when we know our neighbours are not threatened, bullied or denied opportunities. The next generation of leaders may be the people who want to make a more inclusive and a more collaborative world, who do not resort to violence as the first response to any dispute. People who understand we live in a symbiotic relationship with the planet and who see the world as a place to be sustained for the benefit of all – humans, animals and environment. People who believe that more is no longer the only acceptable outcome in business, and who value a balanced eco-system which respects the world and gives the environment the rights of humans in order to resist its despoilment, and create a sustainable planet.

On the political front we have the choice of the 1850’s society that the Tory Government wants to recreate, the 1950’s world of the Labour Party, the 2000 of the Liberal Democrats or the 2050’s the Greens envision. The choice is simple. Will our tomorrow be an emotionally intelligent and sustainable society or a return to the 1850’s ‘strong and stable’ but a ruthless existence for all apart from the rich? Choose carefully when the opportunity arises. Under the Tories, the differences between the wealthy and poor will increase, damage democracy, and harm the future of the planet.

As a floating voter it is easy for me to choose (when the times comes). I think there can be a brighter future, but the challenge is that no party really understands the new technological revolution and its implications, and no party is willing to take on the real task of envisioning and understanding of where it will all take us. (The Green Party are the closest). Perhaps politicians are afraid that people will panic when they realise the 4th revolution means there will be a lot less work to be done. Many jobs currently done by manual workers, white collar, and professionals, including areas such as law and medicine, will be done by robots in the very near future. There will be a lot less repetition in our lives and a lot more time to pursue the real interests we have.

My ideal future will be a 2-day week with a guaranteed income for everyone. Plus 2 days doing voluntary work – of one’s own choice and this is expected of all citizens who are able to do it. This will be an inclusive world with more free time and more art and culture, more cycling, sailing, paragliding, fell walking.  There will be eco-community development, and moneyless towns where bartering and crypto-currencies will be the norm. Everyone will have equal rights. There will be the creation of sports parks in every village and town (where they do not exist now) and everyone will have the right to access a gym or open spaces with supportive training. There will be a lot more interaction within and between communities. It will be a post-apocalyptic world, but without the apocalypse, and towns will by law have greenery, vegetation and food planted everywhere. The only taxes will be carbon tax, incentivising local development, and renewable energy will be free due to a big investment in infrastructure and education and the adoption by private individuals of such technologies. Learning will be an option at any point in life, supported and seen as normal, especially as technologies become even more advanced.

Communities will get together hands-on to build homes for those that need them, possibly using totally different methods than we do today, and with local resources (or new printing technologies). Old people’s homes will have integrated nurseries with ‘older’ people adopted as ‘grandfriends’. In this Utopian future, China will stop building super towns and invest in letting people live within self-sustaining communities, with the help of modern science, clever technologies and renewable energy. We should be planning how we stabilise the world to assure we do not destroy it, and at the same time we should continue to invest in new technologies, and accelerate space exploration.

Utopia is within reach with the help of the 4th revolution, the problem is that power is often corrupt and people will need to start to take control of their own destinies, own the future and be responsible for it.

We need to work to ensure that unethical values, lies, discrimination and false promises do not take us back to 1850. Innovation, education, renewable energies, new types of green transport, self-sustaining villages and communities, a Ministry of Values, a Ministry of Sustainability, and a Ministry of Innovative Support to Those In Need (TIN) and a Ministry of Proactive Health will all be part of the this new visionary utopian future..

The challenge is that there will be every reason in the world given why this cannot work. The reality is that one form or another of this Utopia has been working in many eco-communities that most people are not aware of; an example is Braziers Park in Oxfordshire, established in the 1950’s in Ian Fleming’s former family home. This is a great example of how we should be thinking of the future and our spare time: and it started 70 years ago: “We strive to understand more fully our relationships with each other and with nature and society so that we can co-operate in taking constructive action in the world today”.

The first step in the process is the voice of reason, the voice of fairness and the voice of mutual respect. Any politician who expresses hatred or contempt in an indirect way under the guise of freedom of speech should be shunned. Anyone can laugh at themselves but no one has the right to laugh at another person, based on religion, gender, sexuality, race, colour.

Thinking of the ‘era of the lie?’ Believe in the truth and do not accept any excuses for racism or discrimination. Encourage investment in the new technologies of the 4th Industrial Revolution  and create a better future for us all.

“If you tell a big enough lie and tell it frequently enough, it will be believed.” ― Adolf Hitler

This is true of May and Brexit. It would probably be true of Corbyn and his economic rebalancing project. And it would also apply to Johnson and his reawakening of lost English greatness. Yet these are times that cry out for very wise and very effective leadership. The financial crash, austerity, inequality, Brexit tensions, the rise of China and the aggressions of Trump have helped to create a world that Adam Tooze, in his new book Crashed, argues may be sleepwalking into a collapse, rather as happened in 1914. Reading Julian Jackson’s new biography of Charles de Gaulle, however, what is striking is the comparison with the 1930s, when the nature of the economic crisis and the failure to confront it brought a lurch to the authoritarian right and then a second explosion. 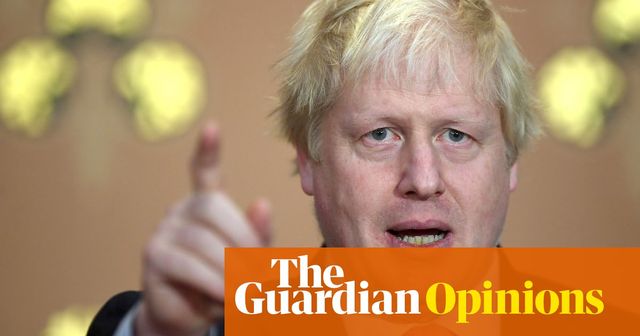 What’s remarkable about Johnson is all those who’ve worked with him - correct me if wrong - hold him in contempt. https://t.co/eIC72ZqEgx

“he is neither an intellectually thoughtful nor a morally serious person. […] He is very bright but not very wise. He possesses both bottomless self-regard and incontinent ambition. And among the many things I would never trust him with is my country.” https://t.co/QZis8gTsJi

“And among the many things I would never trust him with is my country.” https://t.co/APwkERIVil

“The good news, up to a point, is that Johnson would be a rubbish leader” - people said that about Trump too. He is. But he’s still the leader and still implementing his xenophobic populist policies... https://t.co/3WOWXoGidf