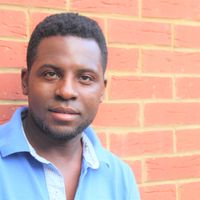 Low-cost airline Ryanair is on course to go 'all-in' on the Amazon Web Services (AWS) public cloud, as part of its push to transform the digital experience for its over 130 million customers.

With an increasing number of companies going 'all-in' on cloud platforms, is now the time to put aside the misgivings of vendor lock-in so others can free themselves from its shackles and embrace all that is the cloud?

Cloud vendor lock-in has long since been a barrier to true cloud adoption; a cloud strategy without an explicit exit strategy would undoubtedly be labelled inadequate for the real world.

Does the lack of a clearly defined exit strategy make an encompassing cloud strategy inadequate or should the fear of vendor lock-in be considered irrational?

"If you want to understand today, you have to search yesterday." – Pearl S. Buck

VMWare's revolutionary infrastructure virtualisation technology provided the industry with a glimpse of the vision, but it didn't go far enough. Amazon's vision, on the other hand, did, and where companies grew weary of provisioning and managing their infrastructure to host virtualisation software, Amazon was there to offer a way to entrust this chore to them at a nominal price.

For companies merely seeking to remove the burden of managing infrastructure from existing applications, the established traditional data centre 'lift-and-shift' migration strategy was the go-to option for exploratory forays on Amazon's new AWS cloud.  If the company no longer appreciated AWS, the company could ‘lift-and-shift' to another vendor or even back to a traditional data centre.  With the exit strategy defined by the name of the migration approach, the fear of lock-in was a moot point (albeit with terms and conditions aside).

With these cautious approaches, AWS grew to become the undisputed leader of infrastructure services.  AWS had commoditised infrastructure.  Other traditional on-premise institutes (the old guard) watched almost as inquisitively as pessimistic as the Amazon juggernaut convinced company after company to move their workloads to AWS.  The old guard soon realised the cloud was the real deal, and more importantly, it was redefining how customers consumed their products.  AWS ‘lift-and-shift' and AWS microservices became established cloud patterns in their own right.

"Competition is a rude but effective motivation." – Toba Beta

After a period of soul searching and strategic jousting between the old guard, challengers to AWS's undisputed crown formed from the shadows.  The vast majority of these companies started to compete by also providing infrastructure services.

Notably, Microsoft initially pegged its hopes on Azure platform services (runtime environments so not just infrastructure) as being the way to curtail AWS's unchecked onslaught on the market.  Adoption, however, proved slow as their native support for non-Microsoft technologies was left wanting when placed under scrutiny — Azure didn't give the flexibility customers demanded, and the whiff of lock-in was all too apparent.  Microsoft, like others, decided that providing competitive low-commitment infrastructure services was the best way to gain initial traction in the market.

Despite their underwhelming start, platform services have since been through a resurgence, if not a mini transformation.  The growth in cloud-based workloads allowed companies to explore other benefits of their chosen cloud eco-system.  In doing so, companies started to discover that the eco-system now included a new form of platform services. This new wave of ‘container-oriented’ platform services not only brought flexibility and simplicity, but it also brought significant cost savings over and above infrastructure services.  Companies now had instant access to a range of platform services which included analytics, push notifications, mobile and IoT services.  Platform services like those mentioned earlier would have taken companies months to deliver alone.

The so-called big three AWS, Azure, and Google each released hundreds of new platform services and additional features to their infrastructure offerings in the following years.  A quarterly cycle of unearthing, developing and uploading obscure functionality, with or without a legitimate use case, became the new norm.  To mere outsiders, there was no real linkage to the vast number of disparate services and associated features other than comprehending that cloud vendors are providing an integrated eco-system for companies to ‘explore' what the cloud can offer, i.e., to spark ingenuity and innovation.  As a company, if you want to deploy containers or use a NoSQL database or trail augmented reality (AR) game development, the cloud vendors have a service ready for you to use and much more.

"If I had asked people what they wanted, they would have said ‘faster horses'." – Henry Ford

AWS and Azure with Microsoft’s pledge to support Linux and the open-source movement, lead the way.  Google is powered by their synonymously associated cutting-edge, innovative and analytical services.  Not forgetting to mention notable others like IBM, which has placed Watson AI as the flagship USP, and Oracle, which relies on the strong legacy of its database pedigree to provide first-class data management in the cloud.  The cloud which was once homogenous has now become a heterogeneous pool of innovation-cultivating services and features.

This change has had a profound impact on the cloud-adoption decision-making process.  Today, any leading cloud vendor commits to and supports open-source container orchestration technologies, i.e., Kubernetes.  With this commitment, companies can package workloads into a container and move between cloud vendors with relative ease.  This stick-move-and-operate pays homage to the heart of the Cloud Native Computing Foundation's initiative - "enabling cloud portability without vendor lock-in".

•             ABC Enterprises has agreed on a cloud strategy where the company aims to maximise the use of open-source technologies and leverage abstraction-enabling architectures to have an agnostic view on cloud vendors.  Their cloud strategy looks good on paper.  The company has identified a cloud-native architecture, which exploits but abstracts cloud-based infrastructure services, and an elaborate exit strategy provides the foundation for multi-cloud aspirations.

•             The XYZ Group has also agreed on a cloud strategy, deciding to take an 'all in' approach with cloud vendors.  According to complexity and importance, the group carefully selects and redevelops workloads for the chosen cloud vendor using the best services and features the ecosystem has to offer.

For twelve months, ABC Enterprises has invested heavily in its cloud pursuits, deploying various abstraction-related architectures and supporting technologies that proved successful with a few development and test-associated workloads.  ABC Enterprises also conducted a proof of concept to demonstrate its cloud exit strategy, an aspect that the CIO was keen to validate before embarking on moving production workloads to the cloud.  Despite the outlay of time, cost, and effort, ABC Enterprises, as a consequence, is yet to achieve a return on investment or to convince itself of the benefits others make from the cloud.

Within the same period, the XYZ Group has a small number of production workloads running in the cloud. With the empowerment to explore the services and features of the cloud platform, the XYZ Group business development teams were quickly able to trail smart contracts using the cloud vendor's 'pay for what you use' blockchain service.  Leveraging the cloud vendor's DevOps pipeline and database platform service has also enabled the group to reduce the operations team and allowed the remaining members to contribute to higher value activities closer to the goals of the organisation.  Through their efforts, the XYZ Group have not only have had firsthand experience of the cloud and how it can transform an organisation but have also recorded a significant return on investment.

"I know but one freedom, and that is the freedom of the mind." - Antoine de Saint-Exupery

The adage ‘it's hard to attract customers and even harder to keep them' also applies to the cloud.  With a myriad of cloud vendors, services, and features, choice in itself can perpetuate concerns of lock-in and a need to explore other options.  However, the cloud vendors understand that the vital aspect of customer adoption and loyalty is in the sense of mutually beneficial participation.

The XYZ group understood that if they were going to choose a cloud vendor based on the services and features, it was clear to them that they would be at risk of lock-in. However, the XYZ group's rationale for adopting an ‘all-in' approach to the cloud allowed them to build a healthy relationship with the cloud vendor, making the topic of cloud lock-in less of a barrier and achieving a return on investment the primary concern.

So with cloud vendor lock-in fears abated, could you also benefit from an 'all-in' cloud solution?

Amazon Web Services has announced that Ryanair is moving its infrastructure to AWS – going all-in  to transform the digital experience for its over 130 million customers, and plans to close the vast majority of its data centres over the next three years. 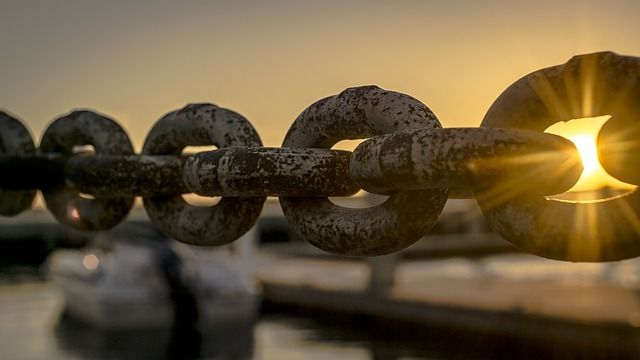 Vendor Lock-in: Now in the Cloud! By @kylerankin Vendor lock-in has moved from corporate infrastructure into the cloud, only this time many are all too happy to embrace it. #cloud pic.twitter.com/N2mheLY99G

Shut down your data centre: 12 reasons why businesses like yours are going all-in for the #cloud https://t.co/Zr17GPFR7d by @RedPixie pic.twitter.com/F1Xir5YM9p

2018 State of DevOps - Strategies for a New Economy
Darren Kabengele

What is the channel's role in multi-cloud?
Darren Kabengele
Recent posts from everis UK Insights