Consensus 2018 (held in New York) was definitely a success as far as the organisers were concerned, with previous year event attracting around 1850 attendees with 2018 event bursting at the seams with 8500 attendees.

The event was successful although day 1 was particularly crowded and bustling. There were however some good relevant discussions around regulations, technologies and adoption, however plenty of information for those more interested on the Crypto (currency) side.

The Blockchain and DLT side is maturing although still a long way to go, as far as adoption is concerned. One of the quotes I gleaned from the event was that only around 4% of CIO's were seriously looking actively and investing in Blockchain, despite the higher reported interest levels. As an organisation we have been involved in 2 very different live deployments in Banks. One in the UK and one in LATAM.

I spent an afternoon meeting with the various business stands and it was definitely very heavy on the Crypto side. It did however confirm what I suspected that of all the hundreds of technology companies, we were engaging with the right handful of maturing technologies in the field.

If the event is anything to go by, I think that Blockchain (and Crypto currencies in particular) are probably at the peak of its hype cycle, especially as far as investors (retail and ICO) are concerned.

Whilst there have been some inroads around International Payments with Ripple and its liquidity pool potentially using XRP, this together with some further adoption and success stories around Smart Contracts will see the real beginnings of true adoption.

The biggest challenge of DLT is that it needs to really work as a network or eco-system. Whilst adoption is taking time, this will not help promote its advantages. Other areas we are starting to see real success is the adoption of Self-sovereign Digital Identity ID technology using blockchain, an area we have been involved with ourselves.

From a discussion with a Tier-One Bank in London who were also attending the event, there was a feeling that although hundreds of POC's were being done, a lot of the groundwork for future adoption will eventually see a massive change in many areas. One area highlighted was the Utility Settlement Coin where there are now 10 Banks involved in this. Whilst the concept may not make money itself, it is laying the foundation for the market to be able to adopt, what could be future CryptoFIAT currencies. Whilst no one is proposing this tomorrow, it is an area that some of the leading Central Banks, regulators and major banks are looking to where potentially the future lies.

Like the Consensus 2018, there are potentially two parallel universes. What we may see is more overlap between the two; especially with the support of Interoperability protocols such as ILP /Hyperledger QuILt and others.

Consensus 2018, the Bitcoin conference taking place this week in New York, is the biggest annual event for the ecosystem. Stakes are much higher this year after the cryptocurrency craze in the fourth quarter of 2017. Over 100 companies are sponsoring the congress, including IBM, SAP and Microsoft Corp., which is expected to bring in more than 8,000 people with ticket prices ranging from $1,499 to $2,999. Lamborghinis, or ‘Lambos’, have become a parody among the cryptocurrency community as Bitcoin et al. multiplied their value throughout the years. There is even a website, When Lambo?, that calculates the day when a determined amount of Bitcoin became enough to purchase one of such cars, which is already a currency of its own, LMBO (LAMBO). 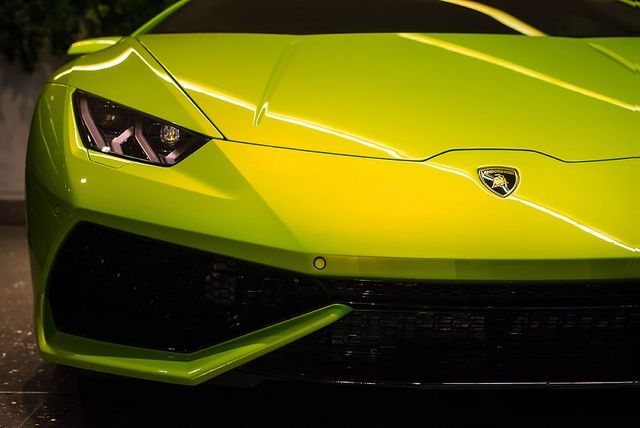 Here's an article from @BenjaminGu4 (DAEX Chairman) about his experience of the Consensus 2018 event earlier this month. He shares some interesting thoughts about the future and trend of this rapidly growing industry.https://t.co/zKmpkZOVxf#DAEX #Consensus2018 #Blockchain

LOLOMG! This is the best take from Consensus 2018: “At Ripple's Snoop Dogg Party, A Search for XRP”—https://t.co/SqC4X6DowR Yet another party I missed.