Listening to a very interesting interview on Radio 4 around Digital Nomads whilst driving. The thing that really touched a chord, is that there are over a million people running their businesses on their laptops while living in different countries, not just across Europe, but all over the world. The ideal work-life balance lifestyle perhaps?

These people are generally young, forward-looking entrepreneurs many working as global businesses (despite their size). An interesting example refers to a British woman based in New Zealand who has 18 clients and was supporting various businesses across the globe. One of her clients, also being interviewed was in fact also a Digital Nomad, and was currently based in Lisbon. The New Zealand Nomad was organizing all sorts of things including ordering presents for her clients’ children to take to birthday parties to helping arranging diary appointments, marketing PR etc.

The interesting thing is that the program went to one of the Big Four Accounting firms and asked advice on how Digital Nomads could manage finance and tax in an efficient way. The reality was that tax systems are based on people being static and this is how the mind set of countries has been based over the years. In fact some people were potentially breaking the law... simply as there are no suitable systems set up for them...Nevertheless, things are about to change.

Estonia and its idea about its citizens: Taking a few lines from the beginning of the 1st article attached here:

'The way workers cross borders is at a crossroads. For Donald Trump, American jobs for American workers are paramount. Meanwhile, British Prime Minister Theresa May believes that so-called “citizens of the world” are really citizens of nowhere. And then there’s Estonia, the 100 year old Northern European nation who believes the future of work (and citizenship) is remote, distributed, and digital.'

See this article: http://bit.ly/2KzkTyE They are creating Digital Nomad Visas (in conjunction with other countries)

The article finishes with:

“Estonia is at the forefront of this,” ... “But I think there are many countries taking steps to create policy to support the future of work and the digital community, they are just less loud. I truly hope this will set an example that this will help change the world.”

This brings me in a convoluted way to money, the concept of it and how it has been used, to control people, keep power and a means of influence over others. The Crypto Currency revolution was a way for those who perhaps were not always on the right side of the law to circumvent the establishment and sell illicit and often illegal products that enabled them making high capital gains.

There are however many that have been involved in the evolution of Bitcoin into the newer world view of Digital Ledger Technology and the advances it may give to managing non centralized ledgers/ processes and its adoption to also help alleviate corruption, automate processes and allow many to move to beyond the 4th Industrial Revolution (The fourth industrial revolution is the current and developing environment in which disruptive technologies and trends such as the Internet of Things (IoT), robotics, virtual reality (VR) and artificial intelligence (AI) are changing the way we live and work.) I would add Blockchain and DLT to this list as it will have a significant effect in conjunction with AI to change many things we take for granted today.

Many Central Banks we know are looking at Blockchain and Crypto Currencies, not only as a potential risk to current money, but from the opposite viewpoint, that perhaps they might look at setting up FIAT currencies to become National Crypto- currencies. I sat in a near closed conference with several Central Banks and Regulators a few months back. During the conference a top 4 Consultancy presented the idea that a Central Bank might think of setting up a Fiat currency but should do so as a percentage of the overall money in circulation. If my memory serves me well, I think they suggested around 10% of their FIAT currency could be Crypto based as an initial start. I noted that the Banks in attendance listened and were interested, although did not see any jump. However, the point is clear; this is something banks are looking at today and the implications could be potentially fairly seriously.

The other point is that, traditionally we know the Dollar has been the Global Default Currency of choice. This may be at risk, especially with a country who are currently looking at the world from an introspective viewpoint. If the world moves towards a Crypto based digital currency, it will take one of the leading currencies to effectively become the default global currency instead of the Dollar. Hence a FIAT Crypto currency that is supplied and managed by a network of Central Banks will change how money and geography can become irrelevant. We see Estonia at the forefront of supporting Digital Nomadic workers, the internet allows global information changing in real time and hence the ability to work from your laptop or mobile. The next step of the evolution is money whilst at present tied geographically to the country where it is being traded, XRP (the Digital Currency). XRP, already being used by some banks and other payment services as a liquidity provider, is an example of a Digital currency that can currently be linked to either several FIAT currencies or alternatively to Crypto currencies like BitCoin and others.

It will take one of the leading currencies to launch a FIAT currency which could be:

Some of the Banks that have openly been testing Crypto currencies/ DLT technologies include the Bank of England, Bank of Canada, Bank of Japan, outsider - from the above list include Sweden (Riksbank) and interestingly Estonia are in the Euro zone... The Bank of International Settlements who control Central Banks have also been looking at this. Money, especially physical money, may become a thing of the past, it may become a single currency... and following the article mentioned below with the Internet of Value.

The common open source tools of Interledger (ILP) and Hyperledger QuILt and their ability to support those designing seamless journeys through the interoperability of the different technologies and networks, can only but help.

I think we have for the first time in humanity are unable to imagine what tomorrow will look like, our science fiction films of a couple of decades ago are becoming a reality... I think we have Elon Musk to thank for being a leading light into daring to dream the impossible. We need real leaders like Musk to change the world with the vision to think as one human, one planet, one goal, to share our planets resources responsibly and for no one to suffer due to geography, race, age etc.

Banking as we know will change... as we have already seen with Monzo, Revolut, XRP, Ripple. At the Consensus 2018 New York event, Jack Dorsey the CEO of Twitter spoke about his APP – Square Cash, which will allow users to buy but also spend BitCoin as cash. This seems to be in Beta (by invitation only) however if this catches on it will provide an alternative way of using BitCoin easily as it transfers it into FIAT currency at the time of use. This is a game changer and for the first time from my perspective that BitCoin may make sense as an alternative currency. At present the general app allows for anyone in say the UK to pay anyone else using a hashtag address in sterling.

Of course, some of what seems like futuristic technology is already coming to pass. We can now wave a smartwatch to pay for a Coca-Cola from a vending machine or for groceries in a checkout line. Apps allow us to split a restaurant bill on the spot. Vacation resorts and cruises provide a wearable that functions as an all-in-one room key, credit card and more. But these are device or localized payment innovations. What remains difficult today is paying in entirely new and novel ways. Paying over distance, specifically across borders and currencies, is also challenging because existing payment infrastructure is hopelessly antiquated, making long-distance payment applications slow, expensive and cumbersome. Fortunately, the emerging Internet of Value is beginning to radically improve our payments experience. The financial counterpart to the Internet of Information, the Internet of Value... 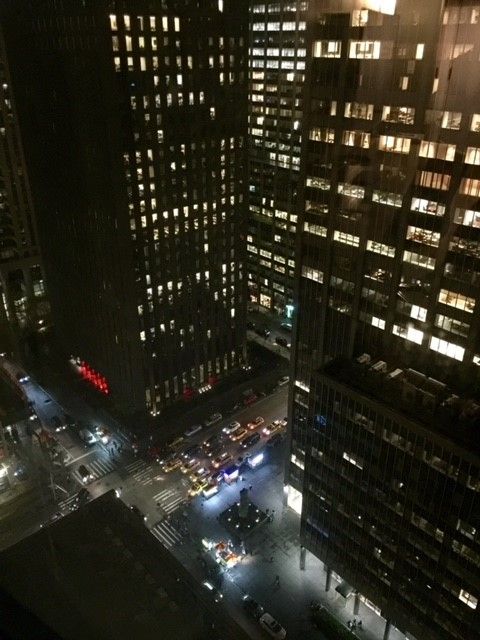 A Vision for the Internet of Value | Ripple https://t.co/QDHSiic8L5 #xrp

You have 8 more hours to submit your meme captions. Submissions to win tickets to #XRPCommunity Night close at 4pm PST! https://t.co/iJnehrgYa8

Square customers are treating the payment company's Cash app more like a bank account than the company intended, according to CEO Jack Dorsey. https://t.co/Wo9xYhSiV0