The rise of the prosumer was inevitable, especially here in the UK where consumers subject to the variable tariff (11 million households) have been suffering shock and awe upon viewing their electricity bills. So much so, that the UK government has recently had to step-in to protect consumers from these "rip-off" bills by introducing legislation to cap variable tariffs overseen by Ofgem. Due to be set in motion by the end of the year.

This push factor combined with the all enticing invitation to play with a new shiny Blockchain for peer-to-peer transactions (not to mention that fuzzy feeling of producing and consuming green energy); not only motivated consumers away from the traditional model, it made it fashionable. Hardly surprising that such use cases were conducted in Hackney and Brixton (hipster central). The initiative was led by EDF Energy and Electron last July.

That same month I was passling a brief post re distributed demand /consumption and how distributed ledger technology could satisfy this Network of the future. In this, I mentioned that in order for the two to reap the most benefits it would need collaboration with all related stakeholders. This would mean buy in from all market participants and regulators. Are we there yet? The short answer is no. But we are getting there, and as one of our senior partners here at everis likes to say "It's a journey".

Groups are already forming and working out the enterprise solution going forward. The formation of the most recent UK energy consortium organised by Electron, is backed by National Grid and Siemens. This was joining the already established Enerchain and Energy Web foundation which are based in mainland Europe. Peer to peer trading was piloted in Germany by Conjoule as far back as Autumn 2016 where rooftop PV (solar) owners and interested public-sector or corporate buyers could transact on their platform,

The energy landscape is changing technologically and the economics of green energy are finally falling in line; now solar and wind are the cheapest for generating power. The curtailment factor that comes with the inherent unpredictability of renewables has hit Utility firms hard with negative prices but on the plus side, this is being met by accelerated innovation in battery storage. This excess energy can be traded out using smart contracts by participants on a DLT platform; another way that empowers or creates a prosumer of any organisation operating on a smart micro-grid.

We are exploring energy use cases here at everis and have formed strategic partnerships with DLT platform providers such as Electron, Conjoule, BTL (Interbit) and R3 (Corda) as well as creating our own technologies through the Blockchain Lab of Alastria to support that growth. If you would like to hear more about these, or our planned events such as the DLT working group event we are co-hosting with R3 (Corda) next Month (for the launch of the Corda Energy Community) please contact me directly joanne.hollington@everis.com.

If utilities think rooftop solar panels and batteries are bad for business, blockchain should scare the bejeezus out of them. That’s because in addition to helping more people slap panels on their rooftops -- which eats into power sales and taxes grids -- the distributed, digital ledger that’s proliferated across industries can also be used to trade electricity without a utility even knowing it. Imagine your neighbor with a solar panel directly selling you cheap power to charge your Tesla. 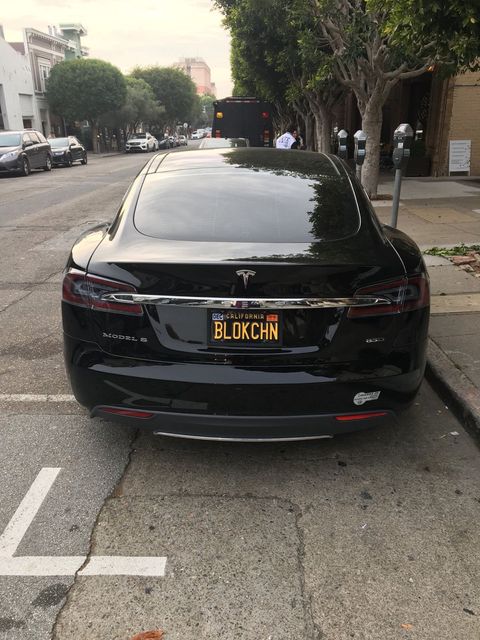 How blockchain is threatening to kill the traditional utility https://t.co/VSw44X2Khr pic.twitter.com/kOJCOoSQwr

Nice schematic in this article that depicts how a microgrid would use blockchain. #microgrid #cleanenergy #gridmod https://t.co/9VyNQwJAPE https://t.co/kLrk5vU32m

How Blockchain Is Threatening to Kill the Traditional Utility - Bloomberg https://t.co/ex5wEFDMJc

BP teams up with Tesla to venture into battery storage for windfarm https://t.co/O01ibLvZ1A pic.twitter.com/neS72ZxWdk