According to parent of everis - NTT DATA has secured a place in the Bank of England’s (BoE) highly regarded FinTech Accelerator programme. In partnership with German start-up Reportix, NTT DATA is investigating the power and potential of effective data analysis and visualisation for the BoE. NTT DATA is just one of the companies chosen to showcase their expertise with emerging technologies and tackle the technological challenges facing the UK’s central bank, responsible for policy, regulation and operators.

NTT DATA and Reportix are exploring ways to store, organise and combine the Bank’s regulatory and analytical data in a more flexible way, based on the XBRL standard.

In parallel to this JWG's RegTech Special Interest Group for Reporting and Reference Data (RRDS) is looking at alternative approaches to the challenges of collecting and reporting masses of data. They claim that there were approximately 65 billion reports received by Trade Repositories by the end of 2017...  'Among the data technologies that have been reviewed during RRDS as having the best potential to facilitate trust models between market participants who may not, for political, organisational, legal or operational reasons, wish to share the data itself, distributed ledger technology (DLT) constituted the most promising. Several institutions, including the European Central Bank (ECB), recognise that it could be used to provide market participants, including investment firms, trading venues, reporting infrastructure and data firms, with a secure and trusted rule-set, as well as the virtualisation of assets on custom stock exchanges, proxy voting systems and real-time gross reporting.'

The attached article highlights alternative approaches suggested by JWG. The interesting thing is whether there can be more than one approach and whether the combination, on XBRL, DLT and the use of trust models and a better structured approach using semantics led by companies, or consortia with the support of the regulators could be the best answer?

Several institutions, including the European Central Bank (ECB), recognise that it could be used to provide market participants, including investment firms, trading venues, reporting infrastructure and data firms, with a secure and trusted rule-set, as well as the virtualisation of assets on custom stock exchanges, proxy voting systems and real-time gross reporting. Having learned a number of lessons from a Proof of Concept last year, we are now pushing forwards and examining how DLT could play the important role of helping the industry to anonymously source, validate and report data whilst fulfilling the regulatory reporting obligations. 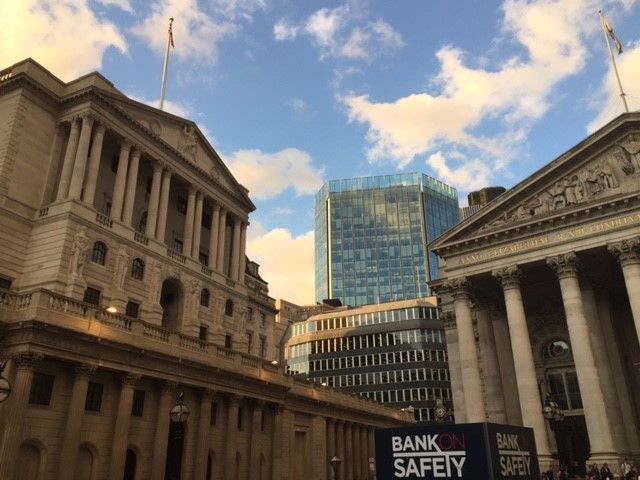 Our latest article on applying #DLT #blockchains to regulatory #reporting. Massive gaps to be filled through the use of this innovative technology. Do get in touch if you would like to get involved. https://t.co/nTkJZHai4v pic.twitter.com/1oiuzDjX1B

Companies should consider this step-by-step process to ensure that they are ready to submit financial statements to the CIPC via XBRL. Refer to page 15 of this document at https://t.co/FmLvocsUEf #XBRL @theCIPC pic.twitter.com/kcMQqNnhHf

Firms providing trade-reporting services under new EU financial market rules are in danger of breaching the spirit of the law, and in some cases the letter #Mifid #data #APAs https://t.co/1ZL6zyZ7Bh

Blockchain use case in the Banking Industry