The expression 'Show me the Money' comes to mind! When setting up our Blockchain practice in London, our Lead Blockchain specialist, was laser focused on Ripple and saw that developing a successful practice, needed us to get close that company. As Alliance manager the early approach has proven to be a good strategic decision, not only on our part but also for Ripple themselves. As part of the 5th largest IT services Group and having a global coverage with over 150,000 Consultants, means we are well positioned to support Ripple in their journey of Global dominance. (My words not those of Ripple!). Our relationship was extended to support Ripple with its open source Interledger (Java version) protocol suite and everis and Ripple have been instrumental in moving this protocol (which allows inter-operability across ultimately all blockchains and non-DLT ledgers) to the Hyperledger community as Hyperledger QuILt. http://bit.ly/2EuKYfu

Now, let’s look at the crypto-currency Ripple has launched, XRP. What differentiates XRP to other crypto-currencies, is that it has a platform which is designed to operate in a very similar way to a true currency, being especially designed for cross border payments. XRP as of today is currently trading around $1bn dollars daily*, in its very early part of its creation to be used as a cross border enabler of payments.

Explaining it more clearly: Ripple has developed a cross border system that operates in near real time for FIAT currencies, initially in Sterling, USD and Euros. In order to make payments you can transact using the banks’ own liquidity and these transactions typically take just 4 seconds to happen, unlike the typical process using SWIFT, which can take at least 3 days or much longer.

The other features of Ripple is that all costs are agreed before the payment transfer in near real-time. SWIFT (the traditional technology used for International payments) records the process but does not actually fulfil the transaction, unlike Ripple that does. The Ripple transaction is safe as it is designed to happen or not happen and therefore it cannot get lost in the process ensuring lower risks and better capital management.

The fundamental concept of XRP is that it creates a liquidity pool (the product is known as x-Rapid) and has started to be taken up with its x-Rapid service by leading non-banking payments companies like MoneyGram and others. This means the transaction can use the liquidity of XRP, which is growing in a controlled manner, through an escrow process and all spare liquidity is placed back into the escrow to be used at a later date, typically in another 48 months.

So whilst most crypto-currencies are there as stand-alone products that can be traded, not unlike gold, XRP is designed to work in same way a transaction happens between banks and central banks. The creators of XRP cannot suddenly flood the market as it operates whether or not Ripple exists. Ripple however can just operate outside of using XRP however has better coverage into areas where liquidity is particularly low, like Mexico and Brazil, and hence help support markets and areas where traditionally transferring value has been less accessible or a lot more expensive.

Hence whilst Bitcoin is struggling to find its real purpose, XRP which is now traded across 50 global exchanges... perhaps should be looked at as a future alternative currency that operates across international borders. The key to its long term success is its adoption. The real vision of Ripple was to for it to see that their technology will become the basis for the Internet of Value. Companies such as Google have already adopted the ILP protocol, The Bill and Melinda Gates Foundation are using it in The Mojaloop Project) and with its adoption by Hyperledger is value in areas such as Smart Contracts and general inter-operability may have a profound effect on all DLT adoption.

At the same time perhaps XRP should be treated a lot different to any other crypto-currency. Whilst Ethereum has its own Ethers, the difference with Ripple is that their technology offers the use of XRP as optional, whilst Ethers are a prerequisite to use Ethereum. This independence and the fact that Ripple is being used in production are the key differentiators between these two eco-systems, with Ripple already being adopted by numerous financial institutions and many in production. The other key differentiator is that the elegant design of Ripple means that it can deal with the same amount of transactions that say a company like VISA deals with whilst Ethereum offers a very similar design to Bitcoin, requiring masses of computing power and hence only being able to deal with a few transactions per second.

We must watch this space as XRP may eventually become a real currency, the currency for the Internet of Value. No borders. A liquidity pool that will ultimately contain 100bn XRP's and its value, well there's the million dollar question. Perhaps if it becomes similar to an international currency its value might increase, although in a more controlled manner. Maybe we should view XRP as liquid silver, platinum or digital diamond money!

Enjoy the interview attached from Ripple and Santander...

*Note: The value of XRP is changing daily. Whilst the figures quoted above were true yesterday XRP on the 2nd Feb are currently: Cap: 92,000m USD; Trading volumes are higher at 1.9bn.USD/day

Ed Metzger (Santander): I lead the technology innovation function here at Santander UK where we look at how we can leverage new technologies to improve our customer service. Santander’s approach to innovation is to cover as many bases as possible. We have a formal innovation structure in all geographies. We have a fintech investment section called InnoVentures all the way to embedded innovation units in the Santander world. We try and focus on those technologies making a big influence in the banking industry. One of those was Ripple. Would Santander have partnered with a company like Ripple in 2015? Santander: There’s been interest in blockchain for some 5-10 years, but the technology has yet to mature. Now that the technology has been fleshed out it has become apparent that there are concrete use cases where blockchain can make a difference. 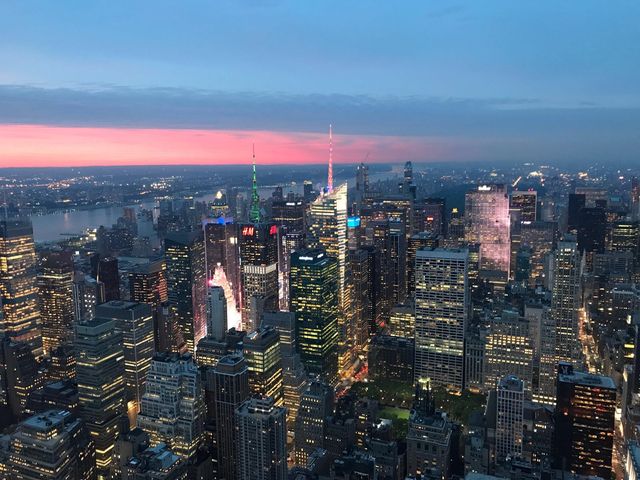 Pleased to announce that SBI Virtual Currencies will be the first in the world to list $XRP as its primary fiat pair at beta launch. https://t.co/3VK0sBvnEt

“While recent attention is on the valuation of the XRP crypto assets, we believe [Ripple] has a real and robust technology platform.” - David Morton, CFO, Seagate

I thought that what Seagate did say was important and bears repeating:

“While recent attention is on the valuation of the XRP crypto assets, we believe [Ripple] has a real and robust technology platform.”

International payments are ripe for disruption. Anyone that says different is truly clueless. Has never tried it.

Santander announces the launch of the app for international payments builded in the Ripple Blockchain, in which they works since 2016. #Banks #Apps

XRP and XRP Ledger are open source (and highly efficient) making them great for enterprise use. anyone can leverage them just as Ripple as done. Great example: trade finance solution built on XRP Ledger by Standard Chartered, DBS Bank & Development Authority of Singapore in 2015