Isaac Arruebarrena, the Lead Blockchain Technologist at everis (based at everis UK), described their major support for the Interledger (ILP) open source protocol at SIBOS 2017 in Toronto Canada. It has been the aim that this protocol (ILP) could become the standard across all Blockchains and non-DLT ledgers (distributed ledger technologies) for interoperability. Interoperability is seen as key to the ubiquitous adoption of DLT. The great news is that this project, which has included a major contribution from engineers from both Ripple and everis, as well as other contributors to the Java version of ILP, is going to its next stage of global adoption. As mentioned in his speech, Isaac confirmed that this was recently accepted by the Hyperledger community, where it is now known as the Hyperledger Quilt project. Quilt, as is ILP, will remain as an open source protocol available to everyone. Many leading Blockchain technologies are also looking at adopting ILP / Quilt as a way of being able to maximise the benefits of linking to other blockchains and banking and finance ledgers. This is the area where the technology has first been tested.

everis, as well as NTT Data and sister companies such as RMA and Dimension Data, see that interoperability is key to enabling the NTT Group to maximise its support and success of Blockchain adoption by the Financial Services community globally. Regulators have also been keen to see how ILP / Quilt can aid adoption as Blockchain in different guises can help deliver services to not only benefit from lower cost, more security, and often much faster services to those who currently bank, but also the vehicle to help up to one billion individuals who do have not access to finance through traditional methods today.

The SIBOS Conference in Toronto has seemed to be a great success. However, some in the banking community are not looking at the profound changes Blockchain will bring, and how the adoption of some of these exciting technologies could bring potentially great opportunities to those who adopt it. Those who sit on the fence of change may confine their future history aligned to those like Kodak, Nokia, Blockbuster and other organisations who ignored the obvious changes happening to the fundamental business structures they were comfortable with.

We’re thrilled to welcome yet another project under Hyperledger, Quilt. Hyperledger Quilt started around 18 months ago and is a Java implementation of the Interledger protocol. Interledger, also known as ILP, is a protocol for making transactions across ledgers. The protocol’s standards and specifications are being defined by the open source community under the World Wide Web Consortium umbrella. With the addition of Quilt to Hyperledger, the Linux Foundation now hosts both the Java (Quilt) and JavaScript (Interledger.js) Interledger implementations. The JS Foundation welcomed Interledger.js in 2016. 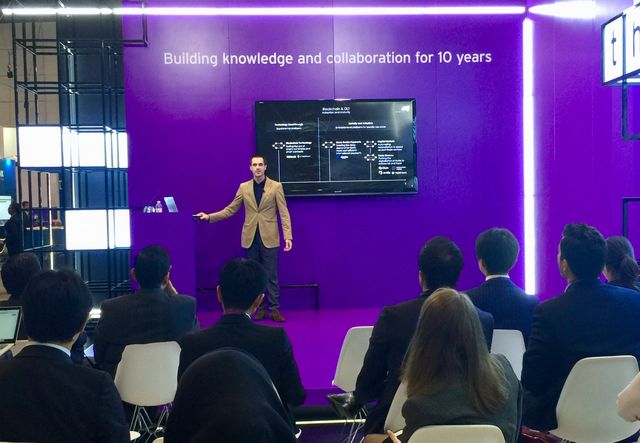 What is Hyperledger Quilt? Learn more about our latest project here: https://t.co/sY5gb6HmcU

Exciting to see yet another new project take off under @Hyperledger. Learn more about Quilt: https://t.co/zvVxv1emhy pic.twitter.com/eIKSTg7HrL