I confess I am a fan of Elon Musk with his zero carbon philosophy. The amazing Tesla cars, his subtle solar panel roof tiles; his concept of having your own batteries (for electric night storage) and allowing for self sufficient home energy production. For house and electric car! This sounds so tame alongside his other ventures... (apart from him trying to save the energy challenges on his own! and solve global warming!)

I have not been following what he has been doing on the Space X side of things. A couple of weeks ago on the weekend, I decided to watch his presentation at the Aeronautical Congress in Australia and I can truly say.....

Apart from his achievement of vertical landing of his spacecraft, I had not realised the implications and the sophisticated business strategy set up to grow his space business, and the most profound effect it may have on travel for humans. I appreciate that since the first lunar landing in July 1969, we have landed rovers on Mars, landed small space ships on asteroids and have seen many firsts in the last couple of decades within space and science generally.

What Elon is talking about in his very detailed presentation is a fundamental change to human travel and living not only on Earth, plus as a bye-product, world travel through being able to hop to the other side of the world in less than an hour. More excitingly, his plans include having both a Lunar pad, being able to regenerate fuel on Mars (from local resources) to allow for return journeys, and a community living on Mars after 2030.

I agree that this sounds like science fiction so I recommend you watch his presentation. It is a feat of eloquent design thinking, lateral thinking, and a great business plan delivered with (in my opinion) great humility and great self-belief. The exciting thing is that we will see this in our life-time. The key to his success, and a key part of his design, is the fact that the costs of Space travel will be a fraction of what they have been historically, especially with the ability to re-use spacecraft.

We can learn that by approaching a problem in a non traditional way, this can help you resolve challenges that in our current thinking would be impossible to achieve. Here at everis we take a lead in looking at alternative technologies, these can help reduce costs, often using parallel approaches allowing adoption of what may seem to be disruptive, however leaving current systems initially in tact. Once these new often open-source technologies are used used in anger, then over a period of time the legacy systems can be slowly shut down or left to run on much smaller scales.

The frontier of space will become more of the norm with plans of his level of increases in space travel! In fact we all may at some time be able to afford it, even if it means hopping over to Australia in an hour on one of his Spacecraft! Definitely worth watching!

Photo: Taken by Author (S.Ruff) at a Shuttle Night Time launch in Florida.

So take his speech to the International Astronautical Congress in Australia last week seriously. He reckons he will have cargo ships flying in Mars by 2022 and manned orbital flights by 2024. They  will start to build the infrastructure for manned expeditions to the surface by the 2030s    In typical Musk fashion he is building a BFR (Big F***ing Rocket) to carry crews. The reusable BFR - a 350ft monster rocket powered by 31 Raptor engines - will carry 100 people in 40 cabins. Musk has already tested the Raptor engines. The BFR will also deliver cargo and humans to the Moon and also take you anywhere on earth within 60 minutes. Indeed London to New York in 29 minutes is promised. Sounds all a bit Douglas Adams? Sure. As I said Musk almost always misses his deadlines. 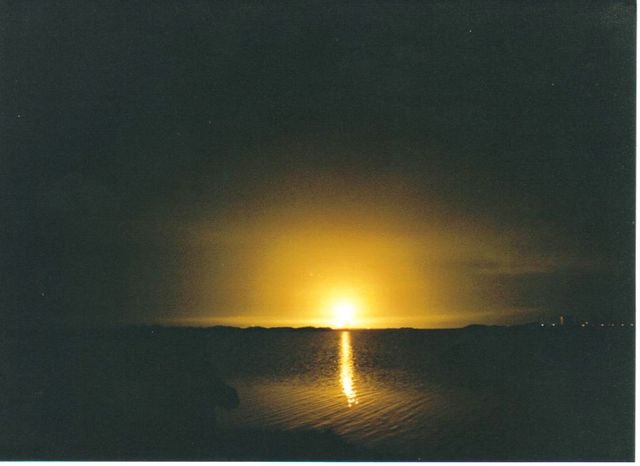 Continue in awe of @elonmusk and @SpaceX. We are off to Mars in a BFR! https://t.co/z32WHCXFL6 pic.twitter.com/9nYFeu2WvU

https://t.co/FM7MhPYJdK –SpaceX BFR to lead way to Mars while going anywhere on Earth within an hour https://t.co/xw5pXGtYFI pic.twitter.com/3KYxkjivqI