In my role in support of Alliances with our Global Consultancy now exceeding 19,000 staff globally everis in the UK have trebled in size over the last 3 year. I can see the change and challenges are everywhere and affectively it is our fuel, and our propellant for success.

In parallel, the everis Group has grown by 38% in the last financial year achieving a revenue base in excess of $1.2bn

Innovation and the challenges brought by increasing regulations, margin erosion and a landscape of disruptive technologies has instigated companies to bite the bullet if they want to survive. There is a realisation that innovation is the key to future success.

The reduction in value of sterling and the fact that so many companies are moving out of the UK as a response to Brexit, we see fewer positions being filled by foreign workers, which is a challenge as many of our best workers come from overseas.

If you are in a position to want to work in an industry that is going places (whether currently UK or foreign based), the advent of more jobs moving to RPA (Robot Processing Automation); AI (Artificial Intelligence); Bots and Machine Learning technologies, means that those with strong mathematical / analytical / advanced physics skills may need to focus on filling those roles that support some of the most intellectually demanding roles, where man meets machine – or in fact design the software and algorithms and adapt those technologies for the specific applications.

Moving into the Blockchain world without the chaos:

There is an alternative world which will probably take, to a degree, from the traditional IT areas of work and this is the area of programming around Blockchain. There is a lot of noise in this area, masses of hype and lot of money being thrown at the technologies. In some way it’s almost like a sharks pool with a lot of things happening (ICO’s etc), a lot of people making money and many throwing in a lot of effort to discover what can be done with Blockchain. Lots of speculation...

There is another alternative and less chaotic version of this Blockchain world and this is being created by companies, that from the beginning, did not to only want to play with the technology, but wanted to find out very early on, what are the use cases. Additionally they also wanted to focus on how DLT (Distributed Ledger Technologies)can they be adapted to the real world. How these technologies can be built with security and what will be needed to take them into production. These technologies could not be developed in isolation, but needed to be part of a group of organisations, and those organisations most likely to benefit from such technologies (thinking of Financial Services and potentially energy!). It was also realised that Blockchain needs to work as a network in fact an alternative internet, the 'internet of value '.

Bring into the fold - two companies: One is Ripple which has invested a lot of time and work alongside multiple Banks to ensure their technology is fit for purpose and can go into production. This is really the only Blockchain that can go into full production. It has been adopted by many Banks globally and is the beginning of a great network of International Payments that can enable in near instant time, International payments, with all costs pre-agreed and a 100% safe execution. The technology is also being looked at by many Central Banks as a way of exchanging value instead of traditional methods.

The other interesting company is R3 Corda technology. This is a Platform that again built in conjunction with many leading Banks across the world and the most advanced Smart Contract framework that can be used for many types of use cases. Unlike Etherium which is well known for developing multiple POCs’ (proof of concepts), its main focus was to be built with finance quality standards from the start. Etherium recently launched their Corporate version collaboration, whilst Corda has been developed from the start to withstand the needs of finance and Banking type institution’s and regulators. Whilst Corda is not quite production ready, it is by far the most advanced platform with its years of track record of collaboration with Banks not unlike Ripple.

Both Ripple and R3 Corda* are partnering with everis globally.

When speaking to Isaac Arruebarrena, based in our flagship London office and the Technical Leader of the everis Global Blockchain initiative he said ‘ The are many Blockchain technologies that people have created, many a variation of existing blockchains and really not adding much to the overall DLT space. Whilst Crypto currencies have their own use cases, Blockchain for other uses such as International payments for fiat currencies and automation by use of SmartContracts. These for all types of use cases in the real world, include: International Trade, Purchase Provenance, Securitised Products (in Banking); and eventually fully automated systems, such as self- driving (autonomous) cars etc. will all be part of the future world. Political processes, voting, and many local government processes might also be automated using DLT.’

Alfred Torrecillas , one of the team of internal recruiters for everis based in our London office said ‘ It is exciting to see that people with skills in  Java, Javascript, JVM (Virtual Machines) and other similar technologies whether fairly new or with a history of programming across the years, it is great to see that that knowledge can easily be transferred into the needs of the Blockchain areas, as we see that our teams are starting to grow exponentially - this in support of our Blockchain Centre of Excellence’

With an interest in Blockchain , including BitCoin and Etherium, no information is wasted if individuals want to break into the fast lane (or the safer long journey) where there is a long and potential opportunity to grow either technically, with business knowledge and also from a potential technical managerial perspective. Since 2014 everis has grown from 12,000 to 19,000 Consultants, in 3 years, it is no great surprise to find out that we part of a top 10 IT services group with ultimate parent’s revenues around $100bn.

NTT Data (our parent) and everis together are the 4th largest contributor to Hadoop Code changes (bigger than Microsoft!) and the biggest Consultancy to Contribute to the Java version of InterLedger (ILP) protocol enabling inter-operability eventually between all blockchains. As the UK Head of Banking:  Josep Alvarez says – ‘Facta non Verba’.

For information about Blockchain opportunities working for one of the least known, but company of great values, please feel free to contact any of the aforementioned team. Although a major company we feel we are small enough to care about our staff - our first core value and where we see as the most important investment.

*Developing a global relationship at present.

Polyglot software engineers - those able to code in a number of languages - are preferred. Knowledge of Java and C++ appear as a requisite in many job listings, for instance. Zeth Couceiro at specialist technology recruitment firm Opus says: “They are normally tech stack agnostic, they just need strong programming skills - ideally someone who has programmed in two languages in conjunction or is comfortable with multiple languages and large datasets.” An understanding of cryptography is useful too. “Interestingly, people [who have worked for agencies such as] GCHQ or people with strong cryptography backgrounds make good [blockchain developers].” Seamus Cushley, who joined PwC to lead the blockchain team as part of its Bitnet hire, says that knowledge of specific blockchain platforms is an advantage – though not essential. 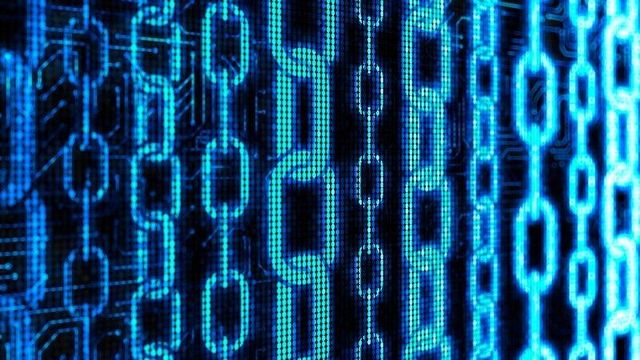