There are many battles that are happening due to the explosion of data and information available to us as individuals and also in our work and business lives. On one hand we see that GDPR regulations although set by the EU, due to its wealthy GDP which equates to around 28% of the global GDP means that most countries and companies that want to deal with Europe. They must operate to its standards if it wants to deal with EU Citizens even if their data resides outside Europe. Those who flaunt it could lose 4% of their gross annual turnover or €20m per breech.

In recent news we see that the Indian court rules privacy a 'fundamental right' in battle over national ID cards, moving away some of the states power over the individual back into the hands of the Indian citizens.

The challenges is of course where do we draw the line. As individuals, some people are happy to share all their data to everyone, some prefer to know exactly what is being shared and by whom. On the other end of the scale, some people prefer as little data being shared and if we extrapolate - some do not want any digital or web presence.

Those that are web present of course are open for their data to be available to all types of organisations, the key is that GDPR is trying to give power back to the individual which can be seen potentially as a 'human right', the 'right to own our own data'. This, in time might be taken up as the best global standard - a standard of best practice by most (democratic) countries.

In the linked article it can see how Twitter enables the Taxonomy of Humans. I have two main twitter accounts one is business and the other personal. It does make sense that this creates two different taxonomies to who I am as any one else may have such profiles or even multiple taxonomies.

At corporate level the right to have access to shared data has it's own battles:

a)  At the end of last year Facebook took Admiral Insurance to court as the insurer wanted to use, Facebook User profiles as a way of selecting potential young drivers, although it was based on fairly simple assumptions and upheld. Many may say that Facebook wants to make money from the data and hence were only guarding their business model, not necessarily the individuals rights of privacy.

b)  As a counterbalance to the Facebook scenario, in the US, Microsoft had the opposite scenario with their LinkedIn platform: By scraping the publicly available user data, Microsoft alleged that hiQ Labs was violating the 1986 Computer Fraud and Abuse Act. But the judge disagreed and instead said LinkedIn was “unfairly leveraging its power in the professional networking market for an anti-competitive purpose.” For its part, Microsoft said “This case is not over. We will continue to fight to protect our members’ ability to control the information they make available on LinkedIn.”

The challenge is that, there is nothing stopping an employer looking at potential future staffs social profiles and use these either to the individuals advantage or disadvantage, depending on the professional LinkedIn or personal Facebook profiles. How can this be policed? ultimately we control what we share and 'what we think' is pretty open, if you have an active online presence.

The real danger is where misinformation, abuse of power and state controls that act in the benefit of society for it's safety are used to over-ride, individualism, the right to free speech where respect can either be interpreted as being fair if criticism is accepted. Where criticism, debate and fair discussion, debate, and discourse is taken in the wrong way by those in power. This under the guise of mis-information instead of fair criticism is taken as being against the establishment is often the way dictatorships, those without respect for real democracy use as a way of trying to retain power. Here we see the battle of extremism and terrorism versus free speech. The key word often missing is respect - free speech should have a level of respect, although again there is a risk of misinterpreting what is respectful. Sometimes a lack of respect is used against individuals and abused by those who hold extreme power.

When the extensive use of cameras in London where seen as potential case of Big Brother looking at us all, the upside is that whoever is doing the abuse - can be caught. Also the proliferation of smartphones and their ability to record, has shown over that abuse of power by those in authority (e.g. Police / armies / governments) being shared as a way of counterbalancing abuse of at least sharing it with the wider world - for the truth to be known. This an example of visual data.

The biggest challenges coming our way are how AI will be used to make decisions for us, on us or supporting us. If the AI algorithms are allowed to be  in a black box, then there can be no recourse to decisions made by AI or robots. We need to start asking, in the way that in the financial world, complex computations need to be able to be replicated and dissected to prove they are fit for purpose, perhaps we need to ensure that data standards need to be extended to algorithms and complex neural network decisions made for us and general AI and machine learning algorithms. The danger is that robots and AI may have too much power unless we ensure there are certain standards that we need them to abide by.

When you make an ad on Twitter (which anyone with an account can do) you’re given the option to target users based on their “interests” and “behaviors”. The “interest” categories are derived from user activity on the network, with Twitter automatically taxonomizing you by analyzing who you follow, what you tweet about and retweet, what you like, and so on. The “behavior” categories, on the other hand, rely on information from external organizations like Datalogix (now owned by Oracle), IXI, TransUnion, Epsilon, and Acxiom — data-brokerage services that track your online activity outside Twitter, as well as your offline real-world activity. By linking internal and external sources — a practice known in the adtech industry as “data onboarding” — Twitter is able to tag its users with categories provided by the data brokers. 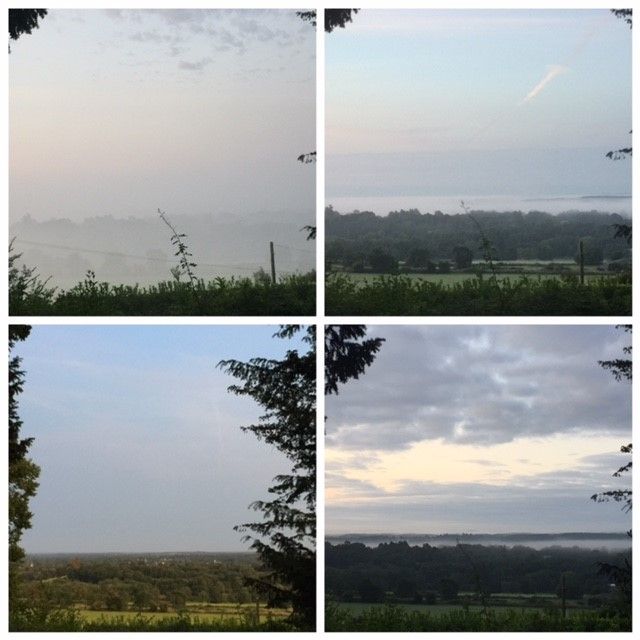 This is brilliantly nerdy and a tad creepy. How Twitter categorises humans: https://t.co/V4dll4GJvC

Today in odd accordances: A peculiar taxonomy of humans, according to Twiitter ad tech, according to @newinquiry https://t.co/KcobIMpLtu

Taxonomy of Humans According to Twitter https://t.co/fCOhiJ9jWr via ycombinator