Two days following the UK government's announcement of their four-year £246m investment into battery technology comes the news of plans to ban new petrol and diesel vehicles by 2040; (similar to the announcement by France 3 weeks earlier).

Scratch below the surface of the new plans and you notice it doesn't address pollution from construction and farming vehicles which make up a large portion with larger combustion engines and lower fuel efficiencies - On the upside however these vehicles are tested to much higher standards than cars and hence generally cleaner. Also, many use diesel vs petrol so emit higher levels of nitrogen oxide than if they were petrol variants.

The UK and France were taken to court over air pollution before acting - so the remedy comes quite late when research suggests it is linked to some 40k+ premature deaths a year. Even with a congestion zone measure in London, the annual air pollution target for 2017 was broken in just 5 days.

According to research conducted by Shell only 0.13% of global passenger vehicles are electric. Adoption of electric vehicles is slow because of the upfront cost and lack of infrastructure for recharging outside of major cities. There are a multitude of customer apps for sharing information and collecting data in anticipation but no central platform that gives all locations for electric rechraging or detailed pricing information.

In South Korea they have been using a form of inductive charging where cables under the road pass electricity through induction to electric motors on the special buses allowing for uninterrupted supply of direct power. This was started around 4 years ago and hence a proven form of technology that is an alternative to overhead cables as used on trams and trains. It is also an alternative to needing static point on where charging needs to be done. Of course if induction charging is applied to cars the initial infrastructure cost might be colossal but the take up could be exponential.

Once these issues are addressed there’s no doubt that electric cars will become a significant part of the transport mix. New policies and all aspects from the generation of the electricity to the consumption by these new electric vehicles might be digitised and hence allow for better access and pricing information. The IEA expects the number of electric cars on the roads to exceed 150 million in 2040.

The UK announcement comes amid signs of an accelerating shift towards electric cars instead of petrol and diesel ones, both at home and abroad: Earlier this month, -President Emmanuel Macron announced similar plans to phase out diesel and petrol cars in France, also from 2040. -BMW announced on Tuesday that a fully electric version of the Mini will be built at the Cowley plant in Oxford from 2019. -Swedish carmaker Volvo has said all new models will have an electric motor from the same year. 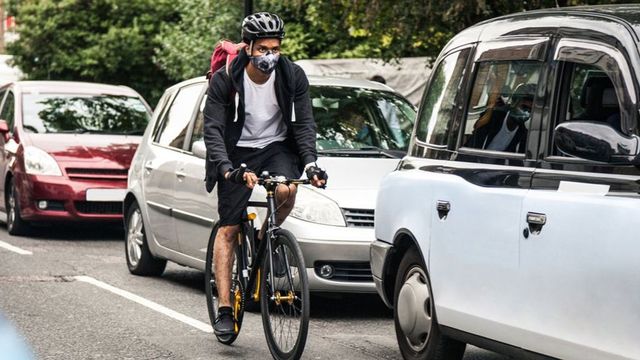 These roads will charge your electric car as you drive pic.twitter.com/Zojp8bh5Mc