everis UK has had a successful period of expansion over the last 3 years, seeing staff numbers quadruple and revenues triple from their UK based offices.

At the core of its success it has a total commitment to innovation and collaboration. everisNext is a global platform of around 2M start-ups which is important part of the DNA of the company and free to access.

In 2014 the company for the second time became part of a Japanese company in its 20 year history. The key to it's success has been a strong focus on offering solutions that are not generic in the market place, as many big names tend to end up with this type of work. Instead they have focused on areas where they bring a lot of experience and a track record, which often is lacking in the market place with the key to offering a strong added value propositions.

The company's focus with this strategy ensured areas such as Big Data, often an area where large organisation fail, has been achieving a 100% success on delivery (live projects not just POC's). This is different to what is expected in the market place where typically only 40% of companies show success in this area.

The key to the success of everis is that they work to their companies values of collaboration, trust and openness. Unlike a lot of their competitors they do not have large sales teams trying to flog what they do, but Account and Specialist Managers / Directors who are experts in their own field. These are the people that will also deliver what they offer, ensuring accountability and that any scoping is adhered to religiously. They work either on their own (as UK based team) or often in collaboration of our near shore-centres of excellence to offer a hybrid 'on and near-shore service' in many different specialist areas.

Murex (front office trading system) is an example where the company have done well to deliver solutions that are competitive in the market place, offer a high and consistent service, where all staff are employed directly by everis. They are working on a major FRTB project using Murex technology to deliver a strategic solution for this major bank. Using the support of the Centre of Excellence in Spain, this ensuring a low attrition ratio of staff and a better consistency on services. This working to better standards with a high level of accountability, which is not always the case when contractors are often employed by end user companies directly and often at higher rates.

The UK business has an additional 100 people working from Iberia on UK projects bringing the number of direct staff to over 400 FTE's. This is not quite in the same numbers of their Head Office which employs around 2500 staff in Madrid.

The UK main office moving to their UK flagship office in Oxford Street marks the beginning of a new era for the UK company, building on its successes, working from London, Glasgow and Milton Keynes (not forgetting other client based sites such as Queensferry). It is on it's journey where the CEO David Costa has the dream of having a waterside building on the Thames with several thousand people. The CEO is passionate about following your dreams and the UK arm , one of the most profitable per capita, part of the global brand is on its way to achieve its dream.

The IT Consultancy group (NTT Data) is around the 5th largest globally (Headquartered in Japan) with investments of over $2BN annually in research and development, headed out of NTT i3 in Silicon Valley in the US.

everis UK areas of expertise include: Risk and Regulations, IT Architecture, classical BI and new open-source Big Data, Analytic and AI areas. They have their own AI accelerator system called Moriarty and have extensive experience in PM in Banking, Insurance, Utilities and Energy , Industry, Retail and Health. They are also leaders in Blockchain Technology around International Payments and moving into the Smart Contracts arena.

Digital is one of their core areas and clients vary from Tier One Investments Banks, major Corporate and Retail banks globally to some of the best known UK Superbrands and Global American Fast Food chains. The business has a very strong history in LATAM and parent NTT Data services over 600 banks in Japan with many services including their payment hub they manage. NTT Data have all the Japanese Superbanks as clients.

everis has experience in Managed Services and Outsourcing on a near -shore basis, often using the hybrid on-site Managed format.

everis are often described as the least well known successful Consultancy within the UK, however hope their success is now starting to be recognised especially with their impressive cross sector client base of leading companies in their respective fields and their strong expansion program.

The NTT DATA Group is now moving forward with its Global One Team Initiative by combining the expertise and resources from Group companies in Japan and overseas as well as facilitating business collaborations across nations and companies that strengthen the NTT DATA Group’s worldwide brand power as “One NTT DATA”. Our domestic and overseas companies are working in concert to construct the necessary support structure as quickly as possible in our transition from our previous role as a systems creator into a genuine global business partner that is leading the way to international business success. With globally proven best practices, NTT DATA Group provides its clients with world-class solutions. Our vast experience in end-to-end solutions for diverse industries, on many different platforms, allows us to deliver measurable results that meet or exceed every expectation. 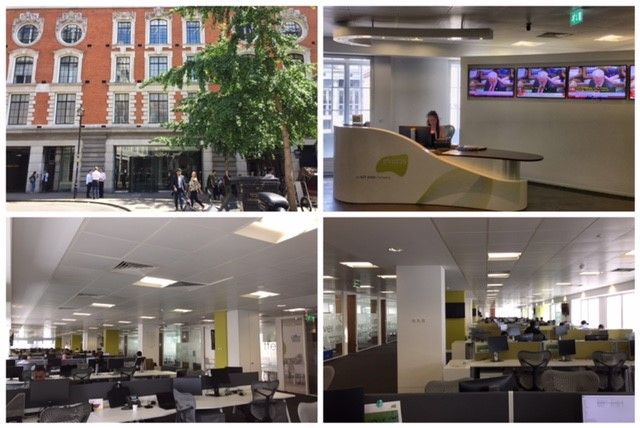 @everisNEXT everis Thank you!! We are preparing for daily Giveaways + Specials! Hope you stay tune for updates!!

#Blockchain is about to become the disruptive force that can even impact the disrupter. What a #digitalization. We are aware. https://t.co/RcvNxOVziQ