BitCoin and the concept of Blockchain and Decentralised Digital Ledgers (DLT) are going through a constant change not at least in popularity and interest.

The Crypto Currency markets cannot be ignored and continues to increase in adoption in owns right and continues its own expanding global reach.

According to the MIT Technology Review attached, it seems that the People’s Bank of China has the strategy to introduce a true digital fiat currency alongside China’s renminbi.

In addition to the lowering of costs and the reduction of fraud and counterfeiting, it will make transactions more traceable and hence help reduce corruption.

In the article it describes other Central Banks such as those of the Bank of England, Bank of Canada, Deutsche Bundesbank and the Monetary Authority of Singapore as currently also studying digital fiat currencies.

Whilst other countries propose Bitcoin architecture, the People’s Bank of China is considering a different design.

It seems that in order not to fall into the bottleneck challenges it would create if they followed the Bitcoin route on the design, the People’s Bank of China transactions would be verified by the issuing bank, so a peer-to-peer cash transactions could take place.

According to Simon Johnson a professor at MIT’s Sloan School of management it seems that there is a lot of innovation in the private sector in China, Alipay being one example and he said he believes that China has the biggest adoption of Bitcoin.

Whilst there is no official statement from China, there is a distinct possibility they may be the first country to introduce a true digital fiat currency.

China’s central bank is testing a prototype digital currency with mock transactions between it and some of the country’s commercial banks. Speeches and research papers from officials at the People's Bank of China show that the bank’s strategy is to introduce the digital currency alongside China’s renminbi. But there is currently no timetable for this, and the bank seems to be proceeding cautiously.Nonetheless the test is a significant step. It shows that China is seriously exploring the technical, logistical, and economic challenges involved in deploying digital money, something that could ultimately have broad implications for its economy and for the global financial system. A digital fiat currency—one backed by the central bank and with the same legal status as a banknote—would lower the cost of financial transactions, thereby helping to make financial services more widely available. 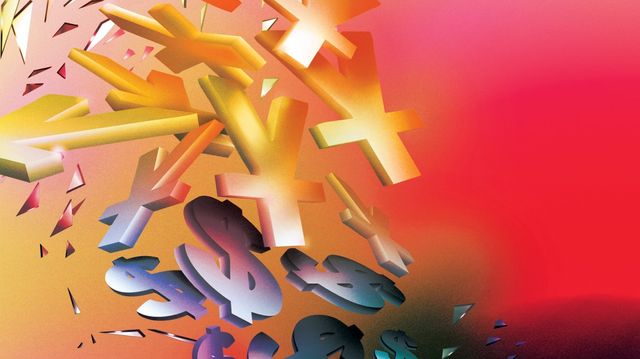