The linked article attached gives a reports on how China in particular and the current US government are taking opposing roads in their attitude towards climate change and renewable energy policy. Here I comment on 'greed before common sense' and its potential risk on London infrastructure through a local issue: fracking* planned to happen 30 miles away....

According to the article...

'The origins of climate change scepticism in China are traced in detail... In 2009, air pollution was so bad that China spent an estimated $110 billion dealing with the health impacts, according to the World Bank. At the same time, it had quickly become the biggest global investor in clean energy, spending nearly $35 billion in 2009 alone, compared with about $19 billion in the United States. There was a strong economic rationale for doing so. Former President Hu Jintao argued that China must “seize preemptive opportunities in the new round of the global energy revolution.”'...

The reality is that there is a war between the old world and the new world. The old world is used to making a lot of money with carbon energy at the cost of CO2 emissions, pollution and sometimes the wanton destruction of land and eco-systems and the obvious risk to the climate. This often creates an imbalance between local needs and those of multi-nationals (and sometimes governments) whose sole focus is bottom line profits. Greed before common sense and local rights.

A good example of greed against common sense is: Near Dorking and Coldharbour in Leith Hill (officially named UKOG - Holmwood site - for exploration purposes) only 33 miles from Central London, they are about to start oil exploration using 'fracking'* methods. (*Although the term fracking has been changed, so it legally can be seen as not fracking!)  This will potentially destroy an Area of Outstanding Natural Beauty and close to areas of Special Scientific Interest (due to rare species of plants and animals). The locals having been fighting a battle with Europa Oil and Gas for nearly a decade for the exploration not to happen. There are now 7 further applications in Sussex and Surrey for more drilling sites being requested. Our current government (and it can be said with other parties/ governments not stopping it) against the will of thousands of people, they are about to move their large drilling vehicles to the site. They are about to not only potentially pollute the local water (this according to East Surrey water) but also produce large amounts of water waste which will include naturally occurring radio active material been brought up through the extraction method, where otherwise it would not cause harm.

The dangers to the area will not only be through radio active pollution which will produce thousands of tons of polluted water, the risk to the water table, but the physical movement of bringing the machinery through narrow roads. These roads are surrounded by Ancient Woodland which the Forestry Commission should be and is not protecting. Once Oil extractions happens there will be hundreds of movements of trucks from the site feeding past the beautiful market town of Dorking. How would you feel if oil burning and the strong smell of oil or gas being burnt crosses over from Surrey (and The Weald) adds further to the pollution levels around London?

The danger of this carbon extraction, is that it is very much against the idea of renewable energy. It will destroy an area near London that is shared by walkers, cyclists and around 800,000 visitors to the area annually. One of Europe's largest privately owned Vineyards (Denbies) around 3 miles away being also potentially at risk - a former winner of the Green Business of the Year Award 2016. Mole Valley covering the Dorking area, was voted as the best place in the country for organised running events, according to the readers of Runner’s World magazine in 2014. Apart from being an important location with the last Olympics for cycling and now a cyclist mecca.  The plan is that if extraction is successful it would be extended on a massive scale as seen in many countries where swathes of land become desolate areas with literally thousands of wells, releasing constant pollution and creating an area which is effectively uninhabitable. (There are many videos showing the devastation it causes including methane burning on open water and through household water taps).

The scary thing is that there is a large oil field under The Weald and it is about to exploited, not for the benefit of the local communities, in fact at the cost to the people of Sussex, Hampshire, Kent, Surrey and with further risks to London.

In many ways the whole thing seems to be out a fiction book, my only hope is if it goes ahead (which is very soon!), the earthquakes it may produce (as it has in other locations abroad and also in the UK where the process was then stopped) will effect London infrastructure like the Houses of Parliament, St. Paul's Cathedral and Buckingham Palace. Nothing like an extreme event can really make people stop and question the status quo. Unfortunately we have recently seen many people die (tower block inferno) when profits are put ahead of public health and risk and common sense.

The sad thing is that China can be seen as setting a good moral standard for renewable energy, whilst the US and the UK are acting like former third world countries... in the end we will all pay the price if we allow this to happen. Is Brexit about letting us ignore laws that protect us and the environment and allow us to put profits before everything. Will the Government stop fracking before they physically destroy our Parliament and areas that are supposed to be protected.

Do we need to create another devastating event for common sense to prevail?

Perhaps an earthquake in London causing flooding in the underground will be the answer.

Oklahoma has had on average over 2500 earthquakes a year over 3 year period confirmed to be made by fracking. Has the government really tested our geographical fault lines to ensure the waste liquid produced and pumped into the earth will not start creating earthquakes, 30 miles from London with its fragile and old Victorian infrastructure? If this is the case, does everyone insurance policy whether your home or billion pound skyscraper have suitable insurance and what assurances have we that this is impossible to happen?

I would not like to be the Major of London describing emergency services at the scene of a catastrophic flooding in Central London, because people in authority thought it OK to ignore the risks involved in fracking or oil type exploration few miles down the road. Like the people in the Grenfell Tower Block, this is a warning that ignoring the risks however small, may be a price too far!

At the very least it will cause air pollution having oil and gas field within 50 mile radius of London and will cause irreparable problems to our water supplies, an asset that will become more precious as climate change increases and water will be a lot more valuable than oil!

According to a paper produced by Friends of the Earth called: A review of empirical data on well failure in oil and gas wells, it would take 3000 wells to produce 10% of the oil needed for the UK. Cuadrilla aims to drill 4000 fracking gas wells according to evidence given to the House of Lords Economic Affairs Committee, 5 November 2013.

The thing that worries me when looking into fracking and carbon extraction is the most is that a lot of devastation is being caused by many companies in many parts of the world that are kept out off mainstream media. The answer is that there are two real worlds. One portrayed by the media (not unlike Russia) the other that you need to look for through caring organisations such as Greenpeace, Friends of the Earth, Amnesty International and other similar organisations. The work they have to do seems to me to be overwhelming in magnitude as the press and media in the large are owned by wealthy corporations. It seems the truth is only shared by the few not the majority - nothing in life scares me.. but this does.

My only counterbalance is that the BBC remains an independent organisation.

(This article is the opinion of the author alone and does not represent the thoughts of the company, the parent or affiliated companies)

Note from a protester against the Oil Drilling in Leith Hill to the Forestry Commission:

House of Commons Hansard 31st Jan 2013 vol 557 states, “England’s public forest estate will remain secured in public ownership—for the people who enjoy it, the businesses that depend on it and the wildlife that flourishes in it.” And the ‘Government Forestry and Woodlands Policy Statement’ 2013 indicates over and over the “importance of preserving and maximising the social and environmental benefits provided by trees and woodlands, particularly in and around our towns and cities”. Any lease of land for industry other than recreation or forestry itself is essentially wrong and a breach of the public trust. The risks and damage that could, and will, be unleashed by such actions fly in the face of the covenant between the Government, the FC and the people.

While Trump rescinded Obama’s Clean Power Plan with a promise to end America’s “war on coal,” China aims to close 800 million tons of coal capacity by 2020. The U.S. Office of Energy Efficiency & Renewable Energy is facing a budget cut of more than 50 percent when China is pouring over $361 billion into renewable energy. All this “is likely to widen China’s global leadership in industries of the future,” concluded a recent report from the Institute for Energy Economics and Financial Analysis. Yet the U.S. is still the most important global actor on climate change. “All the rest of the world, including China, we are looking at Trump — what will he do?” Wang said. But no matter what happens, she added, “the green transformation for China and the world is a reality.” 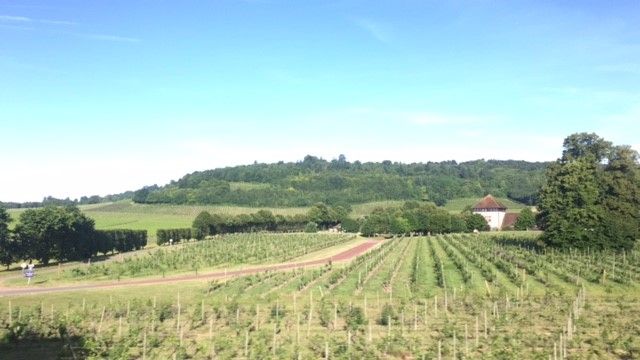 The Chinese government has come to see climate change as an opportunity to project global leadership. https://t.co/JwhOP48lNF

Several protesters have chained themselves to the structure at #LeithHill protection camphttps://t.co/0HejEm0dPJ

Emergency services are on the scene and investigating a major incident at Finsbury Park. Follow @Metpoliceuk and @Ldn_ambulance for details.