I am not an economist but when I stumbled across an interesting article by Eurostat on the size of the GDP for the EU-28 versus the global economy, I was impressed. (Figures accurate for 2014 and these may change). The interesting bits of information I gleaned from this article are:

The UK has been trying for a decade or more, via the EU, to reach a trade agreement with the US (recently killed off by the current US government). Many in Europe did not want an agreement to happen if it meant lowering standards to accommodate the US that would not be in Europe's interest. Still the US does masses of trade with us. Think Apple. Think computers. Think consultancy and accounting services. Think mutual investments interests.

Adding together the EU’s 23.8% and the US’s 22.2%, these currently close trading partners represent nearly half of the worlds GDP. With Brexit on the agenda we are choosing to move away from the 50% of the world with similar values to us, and a long history of trading relationships, to potentially create trade agreements with the rest of the world (in more fragmented parts).  On the flip side perhaps we could increase our trade with China either through the EU or alone in the post-Brexit world. I am not saying this is necessarily a bad thing but we should be wary of admiring the green on the other side at a cost of losing our global leadership in:

Added to these we should expect further losses in

As I write this, Brexit talks have started. None of it makes sense to me. Europe needs to change but walking away from it is like the Queen, fed-up with the weakness of our democracy in the UK, packing her bags for Canada or Australia as she feels she would get a better deal in one of those countries! Should we stay and lead? Perhaps it’s not too late. 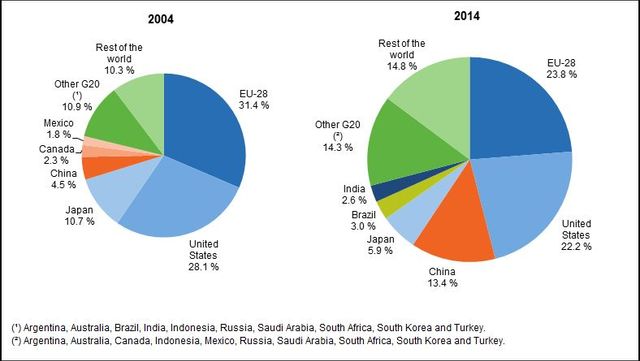 We'd lose 60% of our trade, food imports would stop, planes grounded & no country on earth would make any agreement with us; hilarious NOT

Psychologist for Britains' #NHS staff talks about how hospital work takes its toll | The Guardian https://t.co/2ges601aah